Once you let the monster out of its cage, how do you get it back in?

This may well be the question haunting serious journalists through and after this election. The gold standard of a reliable news media, objectivity, is at the very least being seriously tested. It may even be completely gone – replaced with instant fact-checking and even personal animosity directly primarily at Donald Trump.

It’s not as though his combative and free-flowing BS style doesn’t deserve a hard-hitting dose of reality at every turn. Democrats, like me, practically demand reporting like this. But we have to ask ourselves, “Is journalism as we know it dead, or simply doing what it has to for us to get through this election?”

Walter Cronkite. That’s the way it was.

Allegations of “media bias” have long been a staple of both the left and the right in this country. The Republican Party has usually been more vocal about a lack of true “objectivity”, but everyone has found something to complain about. The growth of websites divorced from the standards of objectivity, and even a whole network unfazed by repeated shilling for the right, has been eroding the standards of Edward R Murrow and Walter Cronkite for many years.

This year, however, is different. There is little doubt that reporting has become openly hostile to Trump. What changed?

It’s not as though the false dichotomy of “two sides to every story” didn’t break down long ago. The very act of selecting two of the many perspective on any complicated issue has always shown a certain level of bias. The different sides have always been allowed to speak their piece, once chosen, regardless of how much truth or even connection to reality one or both of them possessed. Much of our reporting came down to this versus that, he versus she, black versus white, science versus faith, and many other perspectives set up as polar opposites.

Something has snapped, however. A line was crossed and it may be impossible to ever go back over it.

Fact checking has long been relegated to the afterword, something done once the set-up debate was over. It’s come more into vogue as social media circulated crazier and crazier stories which seemed to demand a counter. Snopes.com is one of the most famous checker of all stories, and it has come under increasing scrutiny for its bias – from both sides, of course.

Today, television news sites have take to fact-checking in real time, primarily when Trump is speaking. They aren’t willing to wait for the next day to “correct” and the result is breathtaking. It certainly appears to be biased.

But is there a bias in the media? I’ll assert that all US based media has certain biases, more pronounced on television than in print. They fall into several broad categories: 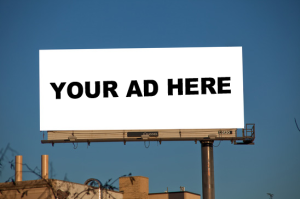 Not so much this year. We have a new bias developing, one based on a hard sense of telling the truth. It’s a good thing, but it’s being done as a counter to the verbal combat waged by Trump’s proxies in response to his often nonsensical ramblings. Reporters have abandoned the idea that someone else has to counter what they hear and are jumping right into the story.

The media has indeed become the message.

It’s completely understandable but still terribly dangerous. Objectivity is a difficult ideal to obtain and we all need to ask ourselves if what we are being presented is really representative of the issue at hand. No one is truly objective by nature, but it’s worth trying. It remains a worthy goal. 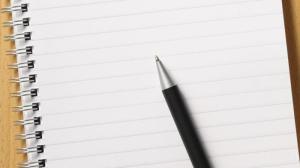 All stories start with this.

I have proposed an alternative that may be useful, especially for amateur journalists like myself. I call it the “Blank Slate” approach. It starts by asserting your perspective up front and simply reporting what you see in front of you. There’s no need to set up an argument, but rather you assume you are part of a larger argument taking place from one web-connected piece to another.

That doesn’t work very well for large organizations who have a reputation to uphold. They exist to be an authority, a final word on what is news and what isn’t. Arguments straying far from reality eating up their word count or airtime obviously undercut that brand image and need to be called out.

The result, this year, is understandable – but you can’t call it “objectivity”. Something else is evolving slowly. Every outlet, large or small, is starting to see themselves as part of a larger conversation running through print and television as well as social and legacy media.

The world of three TV networks and maybe a daily paper constituting a daily news diet may have demanded at least a flying attempt at “objectivity”. That world is very much dead, however. The narrative of a story is spun and manipulated one outlet at a time, and they are all part of a bigger conversation.

It’s up to the citizens of this great Republic to learn the skills necessary to understand and join that conversation.

Meanwhile, “objectivity” as a concept may in fact be dead. If it is, the election of 2016 will probably be marked as the moment it finally died – killed off by a monster rampaging through our culture. Will that monster be tamed by a wise and prudent population, or will the rampage go on from here to burn down more? It’s up to all of us to stop it.

10 thoughts on “Is Objectivity Dead?”