One year into the Trump administration, and we have a lot to be thankful for. Yes, it’s true, it’s always good to warm up the crowd by opening with a joke. But seriously folks, is it possible to even look back and imagine a normal presidency at this point?

Everything has forever changed in the United States as a result of Trump, or more to the point everything is going to have to change. This should sound like good news to a nation that never looks back but it means there will be a lot of work ahead undoing the damage when the time comes. As we wait for that opportunity, this might be a good time to imagine how things can or should be different.

Before we get too far into our happy place of imagination, we should start with how dire the problem is. A survey by the Edelman Group shows that faith in all public institutions, from government to business to media, is falling rapidly. This drop is not seen in the rest of the world, either. The United States is clearly falling down on its own.

We all know why this is happening, of course. Constant conflict, lies, dwelling on non-issues which make no sense, and general scape-goating of whoever happens to be in the way is finishing off every institution after decades of eroding trust.

Whatever comes next starts with nothing. Zip. Nada. Nichts. Nichego. Bupkiss. Meiyou. Rien.

So given that we have no choice but to start over, there is only one question. What is it that we want in terms of institutions that keep our days movin’ along and the leadership which guides them? What qualities do we want or, more importantly, need to not only carry forward the democratic republic but strengthen it and help it to grow in an ever changing world?

It’s a serious question. And it has some obvious answers. 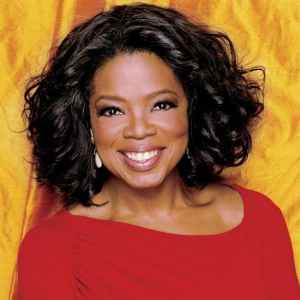 Smart, successful, inspirational. Not necessarily a bad choice. But experience does count in legislation and administration …

The first answer, from the gut, seems to be that Americans have an immediate attraction to celebrity leaders. This is an answer based on familiarity and trust, something which is in short supply. People don’t want some boring guy off the street, they want someone they think they know. That was always the main draw with Trump, of course, and we can see where that got us. It seems truly awful to put Oprah into the same basket, but at least from the perspective of her appeal it’s largely where we are starting from.

While celebrities are attractive and comforting in difficult times, they aren’t necessarily the people who have the skills to run institutions and gradually build genuine trust the old fashioned way. They are something like having ice cream for dinner – something which may seem appealing when you are terribly depressed for a very good reason. In fact, let’s binge on a carton of Ben and Jerry’s for a moment and get back to the serious stuff …

The world, as we know it. Is all about technology. That doesn’t mean gadgets, it means skill. The whole situation is something like asking a good photographer what camera they use – it really doesn’t matter to someone who is skilled at what they do, equipment is just a tool. What needs to be whipped into shape are not the widgets of our lives, it’s our ability to make use of them and other observations about our world in a way where we master it before it masters us. Or, for that matter, some other nation that does “get it” masters us.

Possibly the most honest and hard-working president ever. He was ultimately hated and denied a second term.

We’ve had two presidents with engineering degrees – Hoover and Carter. Both men were very honest and decent, but both were a bit inflexible and overcome by events in the messy world around them. The office of President is not designed for an actual engineer, which is sad. Right now, the leader of the free World, Angela Merkel, is a former nuclear physicist. Her approach to governing is very open and honest, fixed on solving problems and developing skills.

It’s also very boring. Prime Ministers are expected to be technocrats. Presidents are supposed to inspire.

A world of pure imagination. Not fake news.

When we think of inspirational leadership with a dash of technology, many people immediately have an image of Steve Jobs. His success came from helping imagination become real, something of a Willy Wonka with electronics. He was not an engineer. He hired engineers and knew how to inspire them and listen to them. He was also very strategic and constantly aware of where he was going, not as much where he was.

As much as I would love to have a Merkel running this nation, it’s probably more of a Jobs that we are looking for. That’s not to say that an Oprah isn’t a bad choice in terms of all the emotional healing we need. But rebuilding government from scratch, as we apparently are going to have to do, is going to take a very unlikely combination of skills. It’s not clear just what we should be looking for at this time.

But we can imagine and dream about it. It’s much better for the soul than following the idiot in chief on twitter.