What does a future of low economic growth look like?  The Congressional Budget Office (CBO) economic forecast estimates a real growth (adjusted for inflation) of less than 2% for the foreseeable future.  We have discussed before how this pattern is likely to hold through the next generation and around the world as population growth slows and new opportunities will come only through technology improvements.

The implications are vast, if for no other reason than investing and saving for retirement are going to be very different concepts than we have come to expect.  Everything changes – and a few things may even change for the better.  It’s worth thinking through, and carefully. 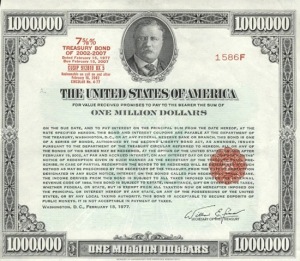 We have to start with projected rates for US Bonds, currently running 2% on the 10 year US Treasury.  That’s right at the target the Federal Reserve has for inflation, meaning that such an investment is little more than a place to park money and not gain any ground at all.  But it’s even worse than that.  Given the projections that bond rates are likely to rise to 3.2% by 2015 and 4.5% by 2016, the only thing that can happen to bonds is that they will fall in value until the fixed interest paid on them matches the market rates we can expect.  In other words, you’re better off not buying them today and simply holding onto actual cash.

Why does anyone buy these bonds then?  The simple answer is that those with money need some place to park it.  It’s not ordinary capital, it’s “idle money” and the holders of it are incredibly risk adverse.   So the bonds keep being sold as little more than a parking space.

Obviously, riskier investments that yield more return are going to be essential at some point, since investors can’t hold onto this situation forever.  Typically, the more risk an investment holds the higher the rate has to be in order to justify it.  But if there are no “safe” investments more money is either going to have to take that risk or simply go away.  That implies that the “risk premium” of additional return is likely to go down, too.

It’s not going to be a good time to be an investor.  Careful, even personal risk management is going to be as important as patience.  We can reasonably expect the opposite of the go-go world we became used to in the 80s and 90s as an environment suitable for longer term development becomes normal.  That will be a real boon for innovation and manufacturing, which should fuel higher growth through tech later on.  That’s the phase that we are entering in the economic cycles – a period much more like the 1950s in many ways.

That’s not to say we can see a paradise for workers in the near future, however.  Unemployment is not expected to fall below 6% before 2016 according to the CBO (page 44) and opportunities will be limited for the foreseeable future.  And rising bond rates mean that the debt burden of the federal government will become more expensive – and will ultimately be crushing unless it can be managed more effectively.

The problems for investors are a broader problem in a society that is geared to 401(k) investment for retirement.  Without any simple, safe investments it’s hard to imagine how anyone is going to retire in the next decade.  That not only puts pressure on Social Security, it also means that workers are likely to stay in the workforce as long as they can, reducing the supply of new jobs for young people in particular.  Most of our economy remains tied to a high-growth strategy that has to be completely re-tooled for the new regime that will be with us even after a substantial recovery.

Low economic growth seems very scary if for no other reason than it means that we are going to have to do a lot of things differently at all levels of the economy.  It could be a good time for those who need patient money to fund their good ideas, but everyone else is going to continue to hurt for quite a while to come according to the CBO.  Planning for this is going to be the talk of investing for the next few years as everyone learns how to adjust – and that’s the one thing you can really take to the bank these days.