2014 was the year that many people in the US started to feel a strong recovery from the long depression.  It was also the year that Russian interference in Ukraine gave us yet another European war.  The Democrats lost the Senate here in the US.  But generally, this was not a year for anything new – it was a continuation of what we’ve seen before as nations like Syria kept burning and Japan and Europe continued their slides.

For Barataria, it was a great year with over 2.2M pageviews, 1,134 comments, and growth to over 15.7k followers overall.  with 156 posts published it’s been a good year.  Here are some highlights: 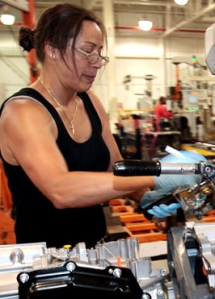 Inequality, a Feature of the System – While income inequality didn’t become the hot political issue we predicted, it’s still worth seeing how embedded it is in what we do.

A Big Fat Target – Credit card theft defined 2014 in retail, which we saw even before the year began.

Head Count or Overhead?  – If we want to create jobs, we have to reduce the overhead per employee.  Workers should get the money, not bureaucrats.

Kids Being Kids – Amazing – If you worry about the future of our nation, attend a Robotics League competition.  You’ll realize we have nothing to fear.

Union, Yes!  (maybe) – Workers at a Tennessee VW plant were asked to unionize by the company.  It was a group of outsiders that lobbied to prevent it.

6 Myths About the Economy – Many people trash-talked the economy for political reasons, but their arguments were outdated or simply wrong.

Ukrainiana – Some deep background on the Ukraine crisis, from when it started.

US, Get Over Yourselves! – Some more perspective on Ukraine, especially regarding the horrors of sex trafficking and mafia rule they have had to endure.

Industrial Arts – Kids are hungry for practical knowledge, and for many reasons.  We must give them what they need to succeed!

Jobs:  Back to Even! – A milestone was reached when the total number of jobs hit a new high.

Enough Work? – There is considerable evidence that the root of income inequality is having more people in the workforce than there is paying work, putting downward pressure on wages.

Keystone XL: No Decision, a Good Decision – Canada should clean up its’ own mess, rather than just ship it through the US.

Credit Where It’s Due – How is the Ukraine crisis linked to credit card theft?  It’s all about the Bratva, the mafia that controls Russia.

The Big Story – Economic and business stories about events that change conventional wisdom usually take a year to make it to the mainstream media.  It’s hard to call it “news”.

Yes, All Women – A misongynists’ shooting spree left all women feeling like victims – and for good reasons.

It was supposed to be a big party.

Brazil Comes of Age – It was more than the World Cup, it was a coming out party.  But the blushing bride isn’t quite ready.

Commencement – My daughter graduated from High School.  I couldn’t be more proud!

Nationhood, the Hard Way – Kurdistan has earned its right to be a nation more than anyone else, yet it still doesn’t have it.

Yellen’s Dashboard – It came to define how we report economics in 2014 – what Fed Chair Yellen is looking at.

James Garner – A personal hero passed on this year.

Wackos with Guns – Small groups of radicals that are well armed by various governments hold the entire world hostage far too often.

Surviving & Thriving – Your opinion of money probably depends on how much you have.  But it’s really just a tool to accomplish goals and dreams.

When Great Force Becomes Easy – The militarization of the US is dangerous and must end.

Player Piano – Are there enough jobs to go around?  Or are we living in a world Kurt Vonnegut predicted sixty years ago?

Global Policeman, Again – The biggest problem with spending so much on our military is that we feel compelled to use it for every problem, everywhere.

Writing a Formal E-mail– A few tips and tricks that I hope catch on to make it easier on us all.

The Secret Goldman Tapes – The chummy relationship between regulators and banks came out into the open.

Up is Down, Until It’s Just Up – As we move away from an over-stimulated economy, we also move away from the crazy world where good news is bad news.

Credit Card System: Fail – A series of breaches all year show that the credit card system is completely broken.

Riverview Corridor – Transit planning, here in St Paul.  I need your help to make it great! 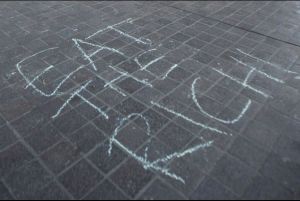 Shadow Banking – It’s not necessarily a bad thing, but it is nearly impossible to regulate.

Progressive – In Every Sense of the Word – Democrats need to stand for something if they want to win.  Progress is the key.

Be Thankful, Not Fearful – We cannot say we are thankful for the great gifts of our nation when we refuse them for everyone.

Cast in Bronze – We need physical reminders of what we believe in to hold ourselves to the highest standards.  Statuary is a good start.

Glad Tidings – Positive economic news finally became conventional wisdom, which is the last thing left to cast aside the “depression” that has plagued us for 14 years.

A Tale of Two Worlds – There’s only one thing that can hold the US economy back now – the rest of the developed world.

I hope you enjoyed this selection of about three stories per month that I think are the highlights of the year for Barataria.  Thank you for being a reader, because without you none of this would make any sense at all.  Here’s to an even better 2015 for you and yours!