Home » Nooze » Credit Where It’s Due

Part of the problem with the news today is that nearly everything in the world is interconnected. Stories have a tendency to bleed into each other for a variety of reasons, such as their equal usefulness as political tools or because the actors are involved in many different things at once. A good conspiracy theorist can link two stories together in ways that they probably shouldn’t be.

This may be one of those moments. Caveat Lector, let the reader beware.

There is little doubt that the theft of credit cards from Target last Winter could be traced to Ukraine – and, in so doing, the network of organized crime we might call the “Russian Mafia”. It is more accurate to refer to them by their own name for themselves, Bratva (Ukrainian for “Brotherhood”) because they are an international syndicate based in Russia, Belarus, and Ukraine and operating nearly everywhere.

An estimate of their take from credit card fraud puts into perspective the scale of the problem in Ukraine,  We can estimate the resources they have as well as the stake they are fighting for as they resist the introduction of order and the rule of law. It also points to the US role in Ukraine – which is to say without sending in troops.

The whole system has to be regarded as insecure at this point.

Credit card fraud was an $11.3B industry worldwide in 2012. Nearly half of it occurring in the US, which reflects how commonly they are used here more than anything. About half of the tab for it is borne by consumers, the rest by card issuers and a small amount by merchants.

Of that fraud, we can make a guess as to how much is controlled by the Bratva. I am going to go out on a limb and claim that it is about half of the total amount, based largely on the sophistication of their operations. That takes some explanation.

Some people have been caught using cards known to be stolen from Target, which is important. We can trace that theft directly to Odessa, Ukraine, so we can be sure that some Bratva faction was involved in the operation. The people that were caught in Texas had only cards information that belonged to Texans, meaning that the information had been sold off by the larger syndicate to small-time hoodlums. “They’re obviously selling the data sets by region,” said the police chief in McAllen.

Recall that phone numbers were stolen along with credit card numbers. That makes assignment to a region much easier when they are being sold off in bulk. 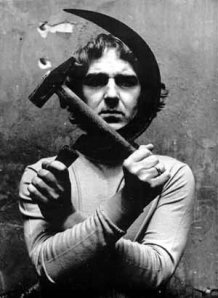 This is why I believe that the Bratva may be involved in as much as half of the credit card theft. Their operation is not only very sophisticated, but it is very hard to trace back. They clearly had a system in place to efficiently handle the parceling and sale of up to 110M users’ worth of data. Most of the fraud occurs in small tranches at gas stations, bars, and the like.

If the Bratva is responsible for up to $5B worth of credit card fraud, we have to figure out what their take is for the number that they are selling in bulk to the small-time hoods. Since the Bratva is not taking any of the risk as the fraud is committed, they are probably not getting most of the benefit. Let’s say that they only take a 10% vig when they sell them, meaning that for the roughly $130 average fraud per consumer they are charging their regional operatives about $13 per card in bulk.

That means that the Bratva is pulling in something on the order of $500M per year off of their credit card operations alone. That’s about 0.3% of Ukraine’s GDP.  It may be much higher.

You can see from the size of that number that there is a lot of motivation to resist the encroachment of snoopy European Union types bent on restoring order. They also have a lot of resources to resist, too.

This says nothing about their income from trafficking in women as sex slaves, which may be as lucrative – but we can’t tell. Nor does it include securities fraud or other cybercrime. We also can’t tell just what part of this is based in Ukraine specifically, telling us the value of keeping Ukraine on a short leash or at least destabilized. But it gives us a rough guess as to what’s involved here.

Let’s keep this War on Whatever more focused, please

This points to the best possible role for the US, which is to declare a “War on Organized Crime” akin to the War on Terror. Think that was a huge waste? You’re wrong – it worked well in areas that show why an FBI led operation against organized crime might be very successful.

Yes, al Qaeda still exists, even if its operations are reduced. But Gadaffi was separated from terror organizations and ultimately deposed – and he was a major supplier of arms to the Irish Republican Army (IRA), which has largely disarmed. The FARC in Colombia and ETA in Spain were isolated and dramatically curtailed. The War on Terror was successful where it operated in the developed world – which is where the money comes from that sustains international organized crime.

In addition, a sustained effort against the money launderers that can make money disappear in Miami and then pop up somewhere else would have side benefits in curtailing pirate banking and tax dodges around the world. There are many reasons to support this effort.

Is all this a grand conspiracy theory? I don’t think so, but you can call it what you want. We know a little bit about where the Bratva gets their money, and some portion of that is used to torment the people of Ukraine and fuel the chaos that has unfolded. We should act against it no matter what because the tab is large and costly to us – but it would also benefit Ukraine to put a stop to it, at least in the long run.

16 thoughts on “Credit Where It’s Due”