The Cathedral of Saint Paul

I love the short story form more than any other. My own life happens in small unnrelated episodes that, if I’m lucky, might generate a flash of inspiration. The stories here are all based on episodes like that in one way or another.

I have long intended to write a cycle of seven short stories from the seven wards of Saint Paul. Each one is about the people and conflicts that make up the disparate wards, and each is about a surprising revelation of love. Together, they make up the city that I love. They are set at different times of the day, and only two are finished (there are sketches for the other five). Here are:

I threatened to write a memoir once, but it nearly killed me. How can someone make sense of a search for truth and beauty amid lost love and lost lives? The working title was White Boy, a search for what it means to be white in a world that is multicultural and changing rapidly. I eventually had to abandon the effort for my health, though I am using some scenes from my life in Authenticity (novel). These are some of the theraputic parts of such a memoir that I wrote but am not using. Fair warning to all: these contain very graphic images and language that may offend even people who aren’t easily offended.

Pablo, a story of despair in the face of distant struggles.

There’s not much to link these together. I thought that the world needed a Solstice Tale for us heathens. I also though that Realtors needed a tale all their own. Lastly, I’ve often wondered why, should he have bothered to exist, a deity would go to all the trouble to make this thing called “creation”, given that the absence of motivation is a rather weak spot in the book of Genesis.

Solstice Light, when ennui is a luxury you cannot afford.

A Real Estate Christmas Carol, since there’s no school like the old school for getting schooled.

The Lord of Hobbies, answering a question that apparently no one has asked. 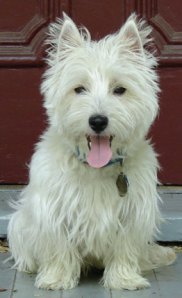 I also have written a few essays that I like to keep around, just for the fun of it.

Cutler, the story of where I grew up (and the home of the Black Iguanas).
Another Chance, or how my dog August came into my life.

A New Line of Thought, or why the way we talk about politics is meaningless.
Enniskillen, God Willin’, dedicated to Marie Wilson and her Da, Gordon.
The Case Against Bush, or when murder is policy.

Energy Alternatives, a look at some practical ideas for a new independence.

There will be more added from time to time, so please check back. Thank you for reading my stuff, and please comment on it. Even if you hate it, the gracious act of telling me why could help make me a better writer.

Thank you again. Without reading, there is no point to writing.