This piece has been updated from when it first ran 2 years ago.

The bundles of anxiety that used to be our kids bubbled through the high school parking lot towards parents long used to waiting.  A normal day would never end with something as uncool as a ride from Dad – that’s what Metro Transit buses are for.  But this day they were coming back from a camping trip and had bundles of stuff under tired arms.  The milling crowd was my chance to meet some of my daughter’s friends.

The joys of high school – so much to worry about, so few cares in the world. 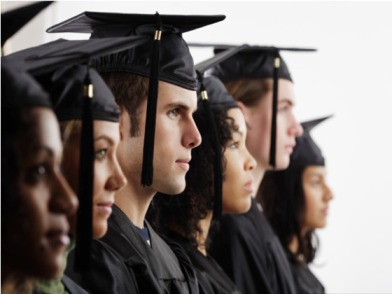 Go on, go face the world

It’s taken a week of conversation to decipher who was who that day, creating a small window on the teen world.  So much has changed, so little is different.  But one thing that should frighten everyone is how few of the kids, especially the smart ones, believe that they are preparing for a “career”.  Community college and trade schools, with lower cost than a four year college, are the next destination for many of them.  That’s not laziness, but its exact opposite in energy and realism talking.

Nearly every kid has a friend whose parents are unemployed or underemployed.  The headline rate of 7.4 percent runs about half the “U6” or total of people who want more work, pretty much as it always has.  This includes people working part time who want full time work and everything.  That figure of 14.3 percent, or 1 in seven adults, is enough to touch everyone at least indirectly.  But it hides the unemployment rate among 16-24 year olds, which is a full 12.7% – and if the same ratio for underemployment, we can figure that as many as quarter of kids who want work aren’t getting as much of it as they want or need.

The prospects for working your way through school in this environment are bleak at best.  Kids know this, too.  Among my daughter’s friends the concept of a “career” is more or less a joke – survival is what counts.  They talk about staying flexible and picking up skills as they need them rather than dedicating their lives to a field. 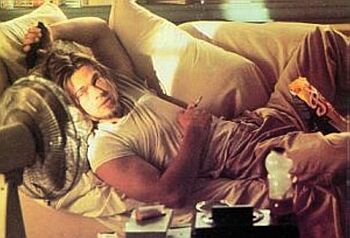 This will not be a generation of slackers

This should be taken anecdotally, the flip side to the stories of kids with little ambition who live with their parents well into their 20s.  But the numbers back up this attitude, and those stats have been horrible for a number of years.  They don’t appear to be on the verge of changing soon, either.  Ambitious, energetic young people are likely to focus on survival rather than a career right now – and for good reasons.

Attitudes, skills, and plans formed when young people enter the work force are likely to define their entire lives.  The prospects for real growth in the future lie in what happens today.  The future of the nation is going to be focused on survival for a long time to come.

For my daughter’s part, she has a plan for a career that is flexible and keeps her options open.  She’d like to be a veterinarian, specifically a bird vet.  College is in her future, and through that process she will develop many options to go into biomed engineering or other related fields.  She’s pretty realistic and flexible, too.  We talk about the sciences all the time and there’s little doubt that there’s a future there of some kind.  College is just a year away now.

What will the economy produce in the way of opportunity for her?  No one can say.  A lot of it she’ll have to make up as she goes, and she knows that.  The friends she has now and their attitudes will shape how she approaches everything that winds up defining her life.  They may not have a lot of great plans but they know the score very well.  Survival is going to count for a lot.

A school camping trip is a chance to get to know each other and pick up some skills that could come in handy if things get really bad.  It’s also a chance for the adults to understand what’s going on a bit better, even if it’s just a casual meeting in the parking lot.  It shows just how much has to be done if we’re going to have an economy that will work for the next generation as well.

Anyone want to reinforce or refute these stories with a few of their own?