Home » Politics » No Decision is a Decision?

This is a repeat from 2011 – again, the lure of my son’s Robotics League makes a new post nearly impossible tonight.  But it’s still a very important topic, given that a government that does nothing is actually a strategy employed by many politicians today.  What does that mean?  Consider this a case study.

When is no decision actually a policy?  In government it’s often the default position, a deliberate plan to stay the course and keep things the way they are.  Bureaucracy has a tendency to be conservative, punting whenever it can and allowing things to stay as they are.  But in a time of great change or even crisis, is this acceptable?  Increasingly there are signs that Minnesota has become a state mired by diffuse responsibility and an inability for the government to respond to the situation at hand in a way that is effective.

No action can be very dangerous.  But there is increasing evidence that it is become a serious problem – and I doubt that Minnesota is alone. 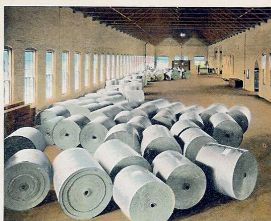 We still need paper, even in the internet age.

A report on MPR  focused on a central issue facing rural Minnesota – can we balance job growth with important environmental protections?  Outstate has been suffering far more than the urbanized core when it comes to jobs.  One whole generation has largely fled to the cities, and another one is poised to do the same.  But we can’t simply allow our resources and our environment to be consumed for the benefit of those who are alive right now.  How do we handle it?  Consider this anecdote from the MPR story:

Wayne Brandt, an executive with the Minnesota Forest Industries and Minnesota Timber Producers Association, described a project that the UPM paper company considered for its plant in Grand Rapids. Brandt said the environmental review took more than two years, and the company ultimately decided not to build it. In contrast, the company did build a similar plant in Bavaria, in southern Germany.

“It took six months from beginning of process,” he said. “Not China, not Indonesia. Permit requirements were more stringent than in Minnesota, but they could get a decision made.”

The problem was not strict requirements – Germany is known for strong environmental protections and regulation.  The problem was that no one in Minnesota could make the decision to get something done. 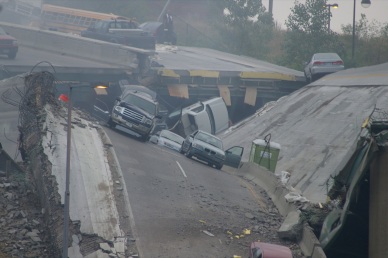 A disaster Minnesota would rather forget.

This small example appears to be part of a pattern that includes some of the headline grabbing stories of our time.  Consider this list:

Any one of these is a serious problem – and the I-35W bridge collapse was a tragedy.  Taken together they show a fairly consistent inability to simply make a decision and move forward with some kind of plan of action.  Our state government has become paralyzed by diffuse responsibility and the inability to make a simple decisions through clear, open, and auditable processes.

This is the opposite of the standard rhetoric from many political activists who insist that government is trying to shove its decisions down people’s throats.  Certainly, that is the way things such as the Central Corridor (and possibly the Southwest Line?) ultimately seem to happen when they finally become a reality.  But is the root of that problem set in the inability to do anything until some kind of crisis is precipitated and the issue at hand becomes a very big deal?

At this point the argument is merely an observation based on a series of “anecdotes from Hell”, the kinds of things that normally do not make for good policy by themselves.  But there does appear to be an inability to make small things happen through bureaucratic inertia marked by processes and responsibility chains that would allow small changes to occur naturally, each one balanced by its own direct responsibility to the people and resources of our state.

No decision is often a decision by itself.  In changing times, it’s not always the most conservative “Things are good as they are” approach that appears on the surface.  Pushing important actions out into the future has a tendency to make our world more contentious and the projects big enough to get noticed by an increasingly heated politics.  Real progress requires leadership that appears to generally be missing at all levels.

The real root of “Make no small plans” as a government policy may be inertia and cowardice rather than any kind of genuine belief system. That is what has to change before we are going to grasp the changes that are occurring around us and move forward with confidence.

4 thoughts on “No Decision is a Decision?”