On Sunday, 5 July, voters in Greece will head to the polls on an utterly unique referendum on a proposed bailout. The process is non binding, the question itself is strange, and the consequences of it are completely unknown.

What does any of it mean? The short answer is that Greece, and all of Europe, are in completely uncharted territory at this point. The five year crisis has gone from slow simmer to a full boil in the hot summer sun. Greece is calling Europe’s bluff, and Europe is not backing down.  The only thing we can be sure of is that there will be a resolution shortly, one way or the other. What exactly that means is itself completely up in the air as well.

Here are a few questions and answers on the Greek Crisis based on a variety of news sources.  Follow the links for more information in each question. 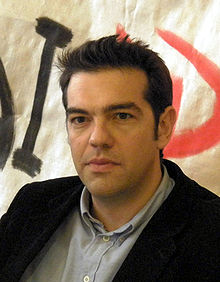 What is triggering this? There was a 30 June deadline for Greece to pay €1.6B to avoid default to the International Monetary Fund (IMF). The loans defaulted on total €240B. This is a new dimension to the crisis because we have never had an actual default before.

What will the IMF do with Greece in default? They can do whatever they want. These are bonds that are now in the hands of private investors who purchased them from the IMF. It is possible that the IMF will forgive or delay the payments, but the money has to come from somewhere for the debt holders to be satisfied. In essence, the credit line of the IMF is on the line as much as Greece’s. It’s up to them to risk that for Greece at this point.  They have not been given a good reason to do this yet.

Does this default mean Greece is kicked out of the Euro? Not at all. Nothing is automatic in this situation. 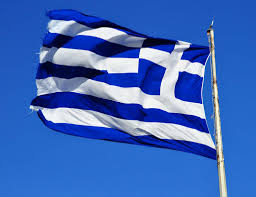 They didn’t like having Germans tell them what to do in 1940, either.

What would kick Greece out of the Euro? Ahead of this deadline, there has been a run on Greek banks. They have been ordered closed for a week to prevent further withdrawals, with some modification to allow pensioners to withdraw €60 per day. When they re-open, a shortage of capital caused by more withdrawals would force Greece to “recapitalize” banks with new money so that the entire banking system does not fail. If they can’t borrow that money, they’ll print it – and call it the Drachma.

This is entirely about banks?  So far, yes.  Greece can vote to leave the Euro by making the Drachma their official currency whenever they want.  The European Union could remove Greece from the governing council that controls the Euro, but they can never stop them from using it if they want.  Greece cannot be “kicked out”. 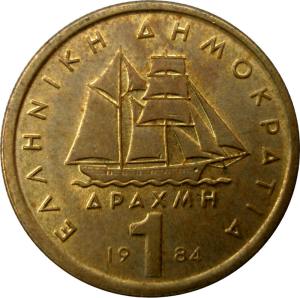 Will we see the Drachma again?

What are Greeks voting on? There was a proposal on 25 June from the European Commission and the European Central Bank (ECB) that voters are being asked to either accept or reject. However, the proposals are very long and in English – and may not be valid after the IMF default.

Is the referendum binding? Not at all. But the government of Alexis Tsipras has said they will resign if “Yes” (pro ECB) wins.

How is the vote likely to go? Polls suggest that “Yes” will win, forcing a new political dimension to the crisis.

Why would Greece want its own currency? Keep in mind that they would still be members of the EU, meaning that goods and tourists can still go to Greece as if they were not crossing an international border. The would be like the UK, which has the Pound, except with better weather and food. A new Drachma could make Greece look very cheap and actually encourage tourism, manufacturing, and other things that will boost the economy. It also allows Greece to essentially start over with no debt if it’s willing to default on it, or at the very least renegotiate completely on its own terms. 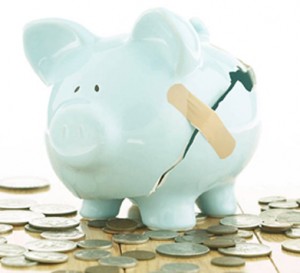 Why would Greeks want to keep the Euro, then? It comes down to faith in their own government and the security of savings, especially for retired people on pensions. Any money they have in the bank will be subject to inflation if the Greek government decides to print too many Drachmas.

Will this trigger an international banking crisis? The short answer appears to be “no”, but it’s very unclear. Greek debt is not that large in the grand scheme of things. Some banks that either hold it or own credit default swaps (CDS) against it such as JP Morgan (JPM) will be in trouble. Their stocks are indeed down, but not a lot. Everyone has been preparing for this for a long time. It should be a relatively small event outside of the affect on Greek banks.  But if they default on the entire €360B in debt that they owe it would hurt a lot and may trigger failures in larger international banks.  It’s worth watching.

Should anyone outside of Greece care about this? It’s already hurting European stocks badly.  Beyond that, Europeans should hang their heads in shame if they can’t work this out, and it could reasonably force a lot of soul-searching on exactly what “European Union” really means. It will fuel the Euroskeptics, who have been gaining ground lately in many nations – especially the UK, which will hold a referendum on EU membership next year. But beyond that? It’s probably not anything to worry about.

So why is this dominating the news? European weakness is the genuine problem in the developed world right now, and it is the main reason that this depression is so hard to shake off in the US. The Euro is at $1.11 now, down about 19% in the last year. That makes exports to Europe, about 2% of our GDP, more expensive and slows growth in manufacturing. Until Europe gets its act together or the US finds new markets in the developing world to replace Europe they will be a drag.

Any more questions? Any better answers?