The Black Lives Matter (BLM) protests were forcefully removed from their 18 day encampment outside the Fourth Precinct in Minneapolis – and then took their protest to City Hall. In between they reiterated their demands – Release the tapes, appoint a special prosecutor with no grand jury to investigate the death of Jamar Clark, and institute a safety plan to protect Minneapolis residents from continued police violence.

It’s far from over and the problems did not start with the shooting of Clark by the Minneapolis police. This is a systemic problem and while it wasn’t the protesters’ choice this belongs squarely in City Hall at this point. It’s not about one incident with one police officer but a system, a city, that are not functioning anything like they must.

It’s hard to write about this as a middle-aged pale male in St Paul, but the endemic racism in Minneapolis has never been far from my mind. Every single time I see the city limits sign I hold out my hand and say aloud, “I should be OK, I’m white.”

This isn’t just a joke from the other side of the river. Minneapolis police have a history of race-charged incidents.

Yet that is far from the only thing weighing on the death of Jamar Clark. Anytime police use excessive force, as clearly appears to be the case here, there is a systemic failure at the core. Either the wrong cop was hired, they were not given enough training, they were over-worked to the point where training couldn’t guide their actions, or they were fueled by improperly treated PTSD.

That’s far from the only indictment of the system, however. As important as it is for police to be the ones who can de-escalate any situation we have to look at how many situations escalate in the first place. If North Minneapolis has become a place where the only representative of city government anyone sees is wearing blue there is a serious problem.

We have crime problems here in the West End, too, but we don’t just hand them over to the police. “Problem properties” are reported by neighbors and the community organizer, Betty Moran of the Fort Road Federation, swings into action. A meeting is called in which everyone with a stake in solving the situation comes. That includes police, neighbors, code enforcement, fire department, animal control – everyone who can be a part of fixing the problem and removing the troublemakers. Neighbors are instructed on any evidence they should bring such as photos, etc.

West Seventh doesn’t tolerate criminals. They are removed because the residents are empowered to take action with the authorities. 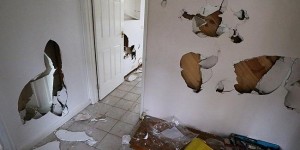 Bad people leave a lot of destruction in their wake. All the resources of the city have to come to bear.

There are no signs that this level of organization is happening in North Minneapolis, which is to say that things have to boil over and the police are sent in to handle everything at some point. That’s the recipe for cynicism, burnout, and a siege mentality. This does no one any good at all.

Police in Minneapolis and St Paul are paid about $54k a year starting, which is a terribly low amount – especially if the job is horrifically bad.

What must happen, in Minneapolis and everywhere, is that we have to insist on the very highest standards of professionalism and skill from our police – and those that cannot meet those standards must be let go. For this, they must be paid very well and given the professional and medical support necessary to remain at the top of their game.

And they must have support from all branches of city government and the people they serve.

Nekima Levy-Pounds of the Minneapolis NAACP, a principle founder of BLM Minneapolis.

That means empowering people that City Hall doesn’t exactly trust right now – those who have put together the organization we call Black Lives Matter. The stakes have to be raised for everyone. The ability to organize in the community is a critical skill that has to be a part of the solution.

I don’t mean to tell BLM what to do, but I can tell everyone what white people react to. It makes sense that the daily buzz of Downtown Minneapolis should be disrupted to call attention to the problems allowed to fester just a few miles away. That makes sense. But there can be more.

Beyond that, however, if BLM went door to door in South Minneapolis I’m sure they could gain a lot of white allies. Racism has been allowed to fester because many blacks were successfully isolated beyond freeway walls from the rest of the population. Breaking down those walls and working towards one city for all would only increase the possibility of real progress.

Where will this go? Ultimately the system has to change – from top to bottom and throughout City Hall. This cannot be allowed to continue. Minneapolis deserves better than the racism that has led to far too much crime, violence, and death. This is not about one cop or one incident – this is about a city for everyone.

But it starts by acknowledging the immediate and terrifying problem. Black Lives Matter!