Home » Nooze » To My Generation, Gen-X

The war of the generations is heating up. The fight for supremacy between Boomers and Millenials in social, economic, and fashion is now the key distinction in the Democratic Party and to a lesser extent the Republican Party as well. Bridging the gap, as usual, are Gen-Xers – now poised to become the glue that holds everything together.

How messed up does the world have to be to have it come to this?

People of my generation, we know that no one can speak for all of us. So let me speak for the Gen-X generation and you can decide for yourself. You don’t have the time to listen to me whine so I’ll be as brief as I can:

It’s up to us, like it or not. We can either start leading or stand around and tell the Millenials to get off our lawn while we wait for the Boomers to die off.

The easy definition of my generation, Gen-X, is people born between 1965 and 1983 or so. The whole concept of a “generation” is completely messed up, given that a mother’s median age at birth is 26, so we’re not talking about actual “generations” here. This is about the times we grew up in and the attitudes we developed in youth in response to our surroundings.

That’s why we feared our time in leadership even more than our elders did. We know how messed up the world was that created us.

My first political memory was of Nixon resigning. It’s not that he had to resign in disgrace, it’s that every adult in my life was angry and anxious that things had become so bad. He was followed by the two most honest men to be President in recent years, Ford and Carter, who both were eventually hated for shortcomings more reflective of the stagnation and change that whipped over the nation than their own abilities. 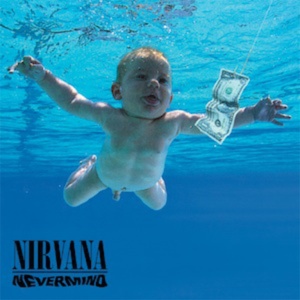 Had to have this up. It’s not worth fighting over.

Our parents were from the “Silent Generation” that remembered the Depression and desperately wanted a world that was ordered and structured. When they got divorced or unemployed we took the lesson from it all: the world is what you make of your own life. Everything else had to find a way to take care of itself, too.

No one ever bothered to sell us anything because we were too few in number – besides, we weren’t buying anyways. Nevermind. Yeah, the one person sold to us as the emblem of our generation wound up blowing his brains out over Courtney Love – it doesn’t get any lower than that.

No one thought we’d ever make great leaders, but when the going gets busted the busted get going. This looks like our time.

We, as a group, have little time for BS because no one ever fed us a line of BS that made sense to us in the first place. We were actually taught well by the chaos of the 70s and 80s when the postwar world first started falling apart. Right now, the world is awash in BS and cheap solutions to complex problems that we know have been with us for a very long time. The Boomers refuse to recognize the flaws in their “system” and the Millenials are too young to have anything other than a vague understanding that it’s messed up. We’re the ones that saw it get this way. You can’t BS us.

What does Neel Kashkari know that you don’t?

Take, for example, Gen-Xer Neel Kashkari, who recently gave a speech on how to fix the banking system. As President of the Minneapolis Fed he looks like “the establishment”, but he’s a purely no-BS guy. He sees a system that is better than it was but still not good enough. He outlined the meager tools we have to improve it and said it’s time to pick one. And he’s going to put staff time on this to come up with something like a plan.

That’s our generation at work, folks. He’s a guy who has had at least four careers and brings a little bit of his experience from each one to the problem. He’s an engineer, a bond trader, a government administrator, and now a banker all in one.

You might say, “I don’t have the time or the skills to contribute anything, it’s all too crazy and I have a mortgage to pay.” Allright, you may not want to be a real leader. But you can develop a low tolerance for the crazy that we have and all the solutions looking for problems that get whipped up. You can tell everyone, in the words of the great Samuel L Jackson, to calm the eff down (or something like that).

That may not seem like a lot, but it is. Our voice has always been slow to be raised and too soft to rise above the noise. It’s up to us to turn down the volume and get to the heart of it all. For example, take the healthcare system (please!). What we need is something much simpler so we can understand it and a clear outline of who is paying how much for what. Anyone who has had to pay a bill for something serious knows how crazy it all gets. Let’s start with the obvious and work our way out from there.

Foreign policy also needs our lack of BS and ability to spot a naked emperor. Why do we get tied up in every little catfight around the world? Who made this our job? If that was our idea in the first place, and it seems like it was, can’t we put forward another idea that’s not so insane?

This is what we have to offer the world. And if we get into positions of real leadership over the rotting institutions that run our world, what generation would be better at smashing what’s left and saying, “Here ya go, start over. Have fun with it.” We can then turn it all over to the giddy Millenials with the enthusiastic plans and know that we at least did something.

Yeah, we’re not a generation for leadership. We learned early that leadership is what you make of it not what you’re given. Well, we can make leadership work for us. This really is our time – in age and in calling. The world is that messed up, which probably doesn’t surprise any of us one bit.

19 thoughts on “To My Generation, Gen-X”