The “Panama Papers” were a delight for conspiracy theorists, who have long contended that the global monetary system is fundamentally corrupt and that world leaders are skimming huge amounts of money off the top of it. They are, of course, correct.

But lost in the salacious details of the story has been the real business of Mossack Fonseca, which is moving money out of China. We’ve covered this story before when the official estimates were that half a trillion left China last year alone. That number, it turns out, was off by at least as much again – and possibly much more.

At least a trillion dollars left China last year through a wide variety of creative means. Mossack Fonseca’s offices in Hong Kong handle a third of their total business, moving money around the globe through over 60k shell companies at an incredible pace. How much? That’s the multi-trillion dollar question. 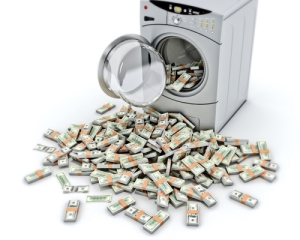 If only it were this easy. But it is becoming this mechanical.

Money laundering is hardly a new thing, nor is smuggling of cash across international borders. What’s new is the demand to move absolutely incredible amounts of it rapidly and without detection. There are now companies such as Sanford Bernstein and their highly respected (and visible) analyst Michael Parker who have produced a handy card to clip and keep if you want to move lots of cash out. The official limit of $50k per year per person? Don’t worry, if you have the cash you can move cash any way you want.

The going rate for all the various methods? About 2-5% typically. The clients? They won’t say, but there are many reasons to believe the very top is involved.

How do you move all this money? A reliable “shell” company abroad can write up an invoice for goods never delivered. Banks can be “match makers”, a common practice in Miami for decades, where companies on both sides of a border pay each other directly from their bank accounts. You can even make a killing in the gambling center of Macao, if you’re willing to pay up front to “win”. Perhaps even lose a lawsuit for breach of contract with your US subsidiary.

Through all of these reports one thing is missing – the actual value of the money being moved. What we do know is that this is a huge business and it is clearly shoveling trillions of dollars worth of Yuan and just about everything else all around the globe.

The big question is, of course, just where this money is going to be safely parked. It’s nearly impossible to tell. The US is a big beneficiary, but so is the UK. Real estate is a favorite safe harbor, but the rise in long-term US treasuries shows that some of it is a bit more liquid. There is no one place that is picking up all this money but it clearly wants to find its way to the most stable parts of the developed world.

If the US is grabbing half of it and the high end of the estimates are right we may have already seen in excess of $800B come our way, and will see at least that much again this year.

This matches the last round of Quantitative Easing by the Fed. 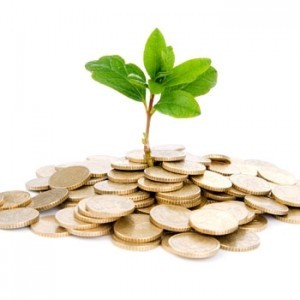 What remains to be seen is what affect this will have on out economy. This money is not going to go into anything risky, at least not yet, and will not likely produce much in the way of jobs. But it may squeeze out domestic money as once easy investments start to look bloated and bubbly.

It will probably go through several phases. The first one, which we are in, is when the obvious safe harbors like treasuries are over-bought. This is one thing that Barataria predicted, and it’s likely that it has started to run its course with a yield on the 10yr Treasury around 1.75%. The next phase will be a move into the already highly valued stock market, which may already be happening as the once losing S&P500 is now up for the year. Along with large property sales we can expect a series of bubbles that come and go through the rest of 2016.

After that? While the herd often follows into a bubble, it’s more likely that genuine investment will start to happen next year as the recent caution and risk aversion left over from 2008 will seek more base and sound investments. That probably won’t be on tap until 2017 at this rate.

But the money will be there. It will be everywhere – except China.

10 thoughts on “Spatters of Dragon Blood”