Home » People & Culture » The Outrage is Only Starting

We live in a time when anything can happen.

That is supposed to be a comforting thought, but of course it isn’t. 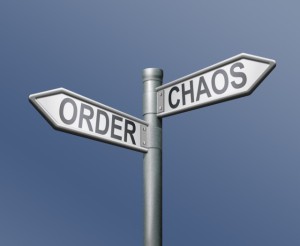 Since the apparent election of Trump a large number of things have happened. Primarily, what has happened is that the left wing started the process of galvanizing a new generation for resistance. That is what the recounts in Wisconsin, Michigan, and Pennsylvania are about, after all. There will be suspicious and irregular looking things that can be made into Instant Outrage simple because there always are such things.

That’s not what is important, however. Trump’s cabinet, so far, is heaped with people who have very unusual ideas about nearly everything. This includes privatizing Medicare, privatizing primary education, and privatizing essentially everything. There will be a lot more to be outraged about.

The map is still being painted.

The obvious question becomes, “Where do we go from here?” Once we find ourselves in uncharted territory without a map there is nothing left to say. Everywhere we might go involves peril. Confidence in nearly everything, especially investment for the future, fades. At some point there is a toxic mix of too much to lose and nothing left to lose.

Given that fear of loss drives our feelings about a situation far more than hope for gain this will be the moment that something breaks.

In this backdrop, organizers will be feeding us many things to unglue the situation completely. Most of it will be legitimate, sure, but some will be nothing more than fuel for outrage. Cooler heads are unlikely to persevere in this climate because the noise of righteous anger will drown out the quiet voices of reason.

Given all of this, it seems reasonable that everyone, especially on the left, needs to be prepared for absolutely anything. If you are thinking that means violence, please think again. Violence won’t help a thing. I mean seeking out allies such as John McCain or other erstwhile “foes”.

What will matter the most in the times ahead is that everyone keeps their eyes and ears open. Consider everything. There may yet be brownshirts marching in the streets, of course, but we should never forget that this will disgust many people whom we never thought might be on “our side”. The failure of the opposition to gel and find allies was the main reason the Nazi party was able to take control of Germany, after all.

That is the only advice I have right now.

10 thoughts on “The Outrage is Only Starting”