As we approach the halfway point of the Trump administration, I think it’s worth re-iterating the message from two years ago, as we anticipated this mess.

Today is the big day. An new era full of uncertainty starts with the inauguration of Donald Trump.

God save the Republic.

I firmly believe it is critical to take the long view on this, since we are about to settle in for what is likely to be a tumultuous four years. We will have to pick our battles, declare victory where we can, and always keep our eyes on the prize. For this reason, and to keep our sanity, the wisdom of the ancients should be a primary source of comfort. Today’s readings are from the Tao Te Ching, as translated by Stan Rosenthal. 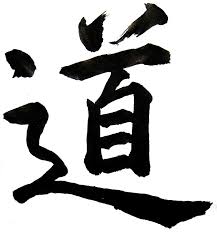 Tao, or Way, as a Hanzi character.

With natural justice, people must be ruled,
and if war be waged, strategy and tactics used.
To master one’s self,
one must act without cunning.

The sage therefore does not contrive,
in order to bring about reform,
but teaches the people peace of mind,
in order that they might enjoy their lives.
Having no desires, all he does is natural.
Since he teaches self-sufficiency,
the people who follow him return
to a good, uncomplicated life.

58. TRANSFORMATIONS ACCORDING TO CIRCUMSTANCES

When the hand of the ruler is light,
the people do not contrive,
but when the country is severely ruled,
the people grow in cunning.

The actions of the sage are sharp,
but they are never cutting,
they are pointed, though never piercing,
they are straightforward, not contrived,
and not without restraint,
brilliant but not blinding.
This is the action of the sage,
because he is aware
that where happiness exists,
there is also misery and strife;
that where honesty may be found,
there is occasion for dishonesty,
and that men may be beguiled.

The sage knows that no-one can foretell
just what the future holds.

To rule a country,
one must act with care,
as when frying the smallest fish.

If actions are approached,
and carried out in the natural way,
the power of evil is reduced,
and so the ruler and the ruled
are equally protected.
They will not contrive to harm each other,
for the virtue of one refreshes the other.

Knowing it is against the Tao
to try to enforce learning,
the early sages did not contrive
to teach the way of the Tao.

The second way to govern the land,
is to do so without contriving.
People so governed are truly blessed,
for they are governed with virtue,
and virtuous government is fair to all,
thus leading to unity.

When taxes are too heavy,
hunger lays the people low.
When those who govern interfere too much,
the people become rebellious.

When those who govern demand too much
of people’s lives, death is taken lightly.
When the people are starving in the land,
life is of little value,
and so is more easily sacrificed by them
in overthrowing government.

There is nothing more yielding than water,
yet when acting on the solid and strong,
its gentleness and fluidity
have no equal in any thing.

The weak can overcome the strong,
and the supple overcome the hard.
Although this is known far and wide,
few put it into practice in their lives.

Although seemingly paradoxical,
the person who takes upon himself,
the people’s humiliation,
is fit to rule;
and he is fit to lead,
who takes the country’s disasters upon himself.