A local politician recently got into hot water over comments she made that appeared to compare public assistance to feeding stray animals.  The person in question is not important nor is the course of the furor over her remarks.  The situation is similar to what is happening throughout our broken, leaderless democratic republic on a nearly constant basis.  A “talking point” that appeared clever was used as a substitute for rational policy discussion.

In the follow-up on the outrage the politician in question sent a guest editorial that deflected criticism through a long, rambling discussion about “leadership” and “compromise” in the legislature.  It occurred to me that very few people understand that “compromise” itself is not an end, but a means to achieve an end – consensus, the way work is done in our system. 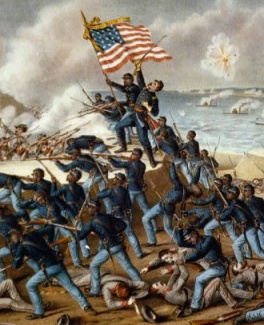 The word “compromise” is stained in US History by the Missouri Compromise, the agreement that allowed Missouri to be admitted as a slave state but prohibited any more slavery that far north in the territories.  It failed because it never produced a consensus in congress – if anything, it hardened the anti-slavery activists which felt it gave away too much.  It is regarded as a solid step toward the Civil War, the ultimate failure of our system to peacefully resolve differences and provide a clear path forward.

Our system is a Democratic-Republic, which means a lot more than electing leaders who run the government.  The democratic functions have their own ebb and flow among the people and the republican system of bargaining among those who are elected.  Together they represent the yin and yang of a system that is supposed to produce a cohesive nation that is capable of getting done certain critical tasks necessary to maintain a free and ordered civilized society that moves ahead as one people.

Compromise among leaders is one way of moving beyond an impasse, but it is not the end.  Through a compromise, a legislature is supposed to garner support for a bill or policy question that it could not gain otherwise.  It is nothing more than a tool for developing consensus.  Consensus itself was foisted on us in the system devised by our Founders in the Constitution for moving ahead as a single nation, E Pluribus Unum.

On the democratic side, the development of a movement through activism is how consensus is developed, gradually convincing the general population that something must be done.

Where “compromise” is often a bad word, suggesting weakness, “consensus” is often missing.  Little has been written about it and the processes for achieving it in popular media.  Both terms are active and imply that the work and progress of a certain policy is still open for debate, but all sides are committed to moving forward together.  There is no reason that the success or failure cannot be revisited after the consensus plan has been implemented, so a good compromise should have measures of success built into it whenever possible.

Consensus, or progress together as a single people with shared work, is often missing as a word because the concept underlying it appears absent.  Outrage and absolutism has become far more appealing.  For example, one side refuses to allow not just taxpayer money but any sense of “coercion” paying for abortion or contraception in health care plans.  They believe that abortion is murder and that should be that.  But among a untied people things like this happen all the time – I am forced to pay for both wars and executions that I do not support.  These are, in fact, the same thing because all are condemned by the Catholic Church in the same encyclical Evengelium Vitae (The Gospel of Life), issued by the soon to be sainted Pope John Paul II.  This was the basis for his condemnation of our Iraq War, which we are all still paying for.

The Millenial Generation tends to have taken the gravity of this problem more to heart, often favoring a consensus process of “direct democracy”.  This works well in small groups that are highly motivated, such as “Occupy” groups, but the lack of identified leaders makes it difficult to get things done and implement larger policies.  The yin and yang of a democratic-republic were given to us for a reason.  Still, the interjection of this youthful optimism in consensus is very important and, with an eye towards achieving real change, can provide a fresh perspective.  There is hope, but it is still in development.

In the meantime, leaders of all kinds need to understand what this dirty thing called “compromise” is all about.  It is not the finished product by any means.  It is a way that consensus can be found so that everyone can be a part of actually finishing the things that a government needs to accomplish – such as a budget, security for the next generation, and so on.   There is certainly a lot of work for our government to do.

19 thoughts on “Compromise and Consensus”