“It is common sense to take a method and try it. If it fails, admit it frankly and try another. But above all, try something.”
– Franklin Delano Roosevelt

One of the key features of the time we live in is paralysis.  Uncertainty creates risk aversion, since risk is much more difficult to calculate.   After a few years living like this and people start to live day to day.  It eventually becomes “survival mode” when tomorrow becomes very difficult to imagine.  The result is nothing – and that often comes even when one person is calling the shots, let alone a system based on consensus among many.

The evidence is all around us that something unusual is happening.  Change is coming faster and in ways that are not often talked about adequately.  The economy is not simply recovering the way it has after any other post-war recession.  What should we do?  FDR had it right – try something and see if it works.  If that goes against every instinct you have right now, you’re not alone.  But let’s see if we can convince you that there are, in fact, some things that point to very different actions than we’re all used to. 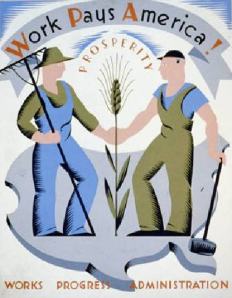 “Lagging” Indicators  One of the most important features of the “recovery” so far is that job growth is, by any measure, leading economic growth rather than lagging it, as usual.  Every other postwar recession saw real increases in GDP exceed 3% before jobs were created, but we have seen some job growth with only around 2%.  Nearly everything has been waiting for jobs to come back and they are – slowly.  This stands in contrast to the “jobless recovery” after 2002 when job growth lagged economic growth significantly.  There is no better evidence that this situation is different than the past, even if you don’t want to call it a Depression.

Globalism  The downturn that has ravaged the developed world was largely nonexistent in the developing world until recently.  That has given many nations, particularly Brasil, Russia, India, and China (the BRICs) new muscle that they are still learning how to flex.  The downturn has started to catch up with the developing world, but there is little doubt that the future will include a world that is not as heavily dominated by a few trading partners.  It’s not just China or even the BRICs that we have to look out for – it’s Malaysia, Indonesia, South Korea …. and the list goes on.

Debt   We talk a lot about debt here in Barataria, and for good reason.  The international banking system is supported by interest payments made by governments, corporations, and households that took out an insane amount of debt.  That money goes to a series of institutions that apparently exist entirely to turn over money in an increasing state of isolation from reality and a complete lack of concern for it.  It will end, one way or the other.  Dealing with debt, and the process of either forgiving it or growing out of it, will define the next decade’s priorities for nearly everyone.

Demographics  The peak year of the Baby Boom was in 1957, but by 1950 the first wave was already in diapers.  They hit 65 years old by 2015 and the process accelerates through 2025.  There’s good news and bad in this.  There will be jobs made available from these retirements, but Social Security will be on the brink of disaster – if not over.  We can expect retirements to start opening jobs immediately, but as the pace accelerates things will change in the US rather dramatically.

Technology  Frankly, the less said about this the better.  Everyone knows that better communication improves the integration of markets all around the world, accelerating globalism.  Despite all the talk, however, big waves of technology driven change always seem to elude us.  For example, millions of people used to be gainfully employed shuffling paper, and communications networks have eliminated those jobs.  Yesterday’s “productivity gains” are today’s unemployment.  Any smart watcher of tech trends should ask what the downside might be, given that the breathless hype that accompanies tech is almost certain to miss those parts.

Taken together, what do all these changes mean?  They make paralysis rather understandable at the same time it’s clearly a very stupid way to try to proceed.  Then again, trying something different just for the sake of being different would also be ridiculous.  Given that we know a little bit about the kind of change we are and will continue to experience, we can try a few things that might make a bit of sense to give a go.

As FDR noted, they may not work.  Then we can try something else.  It sure beats sitting down and doing nothing.