It’s May Day, and it’s more than the traditional first day of (real) Spring and the worker’s holiday.  It’s also the day that the old stock market adage “Sell in May and go away” kicks in.  Why is that?  It’s hard to say exactly why, but Wall Street traditionally takes a long summer break.  The S&P 500 since 1928 has risen on average 1.83% from May to October, but 4.98% from November through April.  The summer is also a period of high volatility and danger, so smart investors often skip the warm seasons.

Not this year.  The huge rise of 9.3% in the S&P 500 so far in 2013 might be enough to scare some people into profit-taking, getting out while the getting is good, but many advisers say you should stay in this year.  That includes Nouriel Roubini, better known as Dr. Doom, the New York University Econ prof who famously predicted the housing crash.  The faith in the stock market is impressive, but is it realistic? 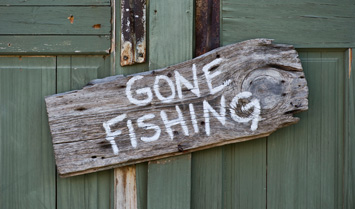 It’s probably best to let Roubini do the explaining, since he is famous as a bear.  “They are creating massive fraud,” Roubini said during a panel at the Milken Institute Global Conference in Los Angeles, Calif. Monday.   “At some point, there’s a levitational problem.”   His beef is with the Federal Reserve, which is still committed to low interest rates and even further stimulus if needed.  The rise of corporate junk bonds is given as an example of an inflating bubble that is doomed to pop – but not before it rises substantially.  He gives it two years before what he calls a “Depression” sets in (and he obviously doesn’t think we’re in one now).

But the big bogeyman in markets is still Europe, and most investors who are looking for some place to put their money are gathering a lot of faith in the US, bubble or now.  Noting that the old adage doesn’t hold true when there’s a bullish start to the year, Sam Stovall, chief investment strategist at Capital IQ, rallied his clients on Monday. “History says, but does not guarantee, that this May could fare better than most.  Catalysts remain central bank liquidity and the lack of alternatives in a period of rising concern over global economic growth.”

Then again, the net return on the S&P 500 over the last 13 years has been a paltry 6.7% – an annualized rate of 0.5%.  Ouch!  This includes a big crash in 2001 that led to a peak at about the same level in 2008, another crash, and the peak hit this year.  Those of us who take the long view and see this as a secular bear market have to admit that this period has been especially bearish by historical standards – and might be due for a little bit of return almost out of pity.

So no one is particularly bullish overall, and everyone sees risk – either in the future or in Europe or both.  But the strong rise earlier this year has everyone looking for more.  The reason is that corporate profits are underpinning this market move in a way that no one has seen for a sold 5 years.

Is anyone advising that investors walk away from this market, given the high risks of staying in and the profits to be had by selling high?  Very few are advising it at this stage, which is one of the main reasons that gold is plummeting.  There is faith rising in the US, particularly in the stock market, and it’s proving pretty solid.  Faith, at least on Wall Street, is measured in dollars – and so far there this year there is a lot of faith to go around.

Since its inception in 2007 Barataria has always shied away from making stock predictions for one simple reason – the market has been low performing and full of risk the whole time.  And I don’t want to be sued for lousy advice.  That’s two reasons, then.  But this time one of the solid foundations of the predictions for 2013 has been a rise in corporate profits that will, given time, lift employment at big corporations and keep general feelings running high.  That does point to a continued rise through the summer, adages be damned.

So this may be the year that you can still buy in May and let it play.  But if you do, please say you go the advice from Dr. Doom.  He has a better nickname than I do, anyway.  And a much more interesting reason why.