Back in September, Barataria speculated that this could wind up being a great holiday shopping season. That was before the shutdown and awfully early in the year to be sure of anything. A month later, the pros are weighing in on holiday sales and the predictions are generally all over the board. Growth of between 2.3% and 4.5% over 2012 is predicted by an array of professional organizations, so you can take your own guess.

This is important for retail outlets, where holiday sales amount to about 20% of annual sales. It’s practically a “fifth quarter,” and a very key part of the US Economy. A good holiday season should accelerate job growth and set up even more in 2014. So, once again we ask, “How good will it be?” 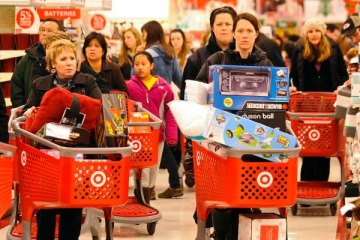 Let’s start with the baseline. Holiday sales in 2012 (above normal monthly sales) were $579.5B in the US, again about 20% of all retail sales in 2013. A bit over 9% of that came online, or $54.5B – which seems like an insignificant amount, but it consistently represents the fastest growing part of the equation.

The National Retail Federation (NRF) sees an increase of 3.9% this year to $602.1B overall. This would be the highest rate of increase since 2007, and a good jump over the 3.5% growth seen in 2012. Deloite LLC, a consulting firm, sees an even bigger increase of 4.5%, which would be amazing. ShopperTrac, which as its name suggests tracks consumers with surveys, sees a much smaller 2.4%.

So let’s call the midpoint about 3.6%, which is to say about the same as 2012. That’s not that great looking after all. What we will have to watch are sales in early November to see if they are tracking much higher than last year or about the same. Chanukkah comes as early as possible this year, 10 days before Thanksgiving, so it may tell us something about the season. 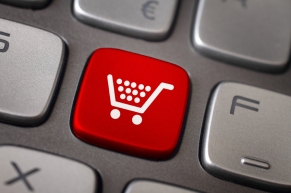 Online sales are expected to grow by about 15% by just about everyone, however. It’s such a round number that it’s hard to say where anyone got it or if it means anything.

Macy’s has already announced that they will open at 8PM on Thanksgiving Day. They’re not even going to wait for their own damned parade.  As important as retail sales are and while there are many fun stories of people shopping together as a family on “Black Friday”, I remain disgusted by the destruction of one of our nation’s great holidays. Oh well.

The other very important part of holiday shopping is holiday hiring, which we already know is going to be pretty thin this year. Last year 720k seasonal temps were hired, and the NRF predicts that in 2013 there will be between 720k-780k. The range and starting point is big enough to sound like a rough guess. Challenger, Gray, & Christmas, which despite its name is an accounting firm that follows jobs, sees a decline in employment to 700k.

Target has announced that they are hiring 70k more workers, down from 84k last year, but WalMart will hire 55k, up from 50k last year. Based on early news we can’t tell if there is a trend yet.

With one month left to gear up and two months left in the season, holiday sales this year are incredibly hard to predict, at least if you go by the experts. But that simply means that it’s a great story in the works for whoever makes the right call first.  We will stay on it to see.