A time of great change means that we have to cast off the old and give birth to the new – we need reform. How do we achieve that? History has shown us a remarkable way – bringing women to power. Is it because women are the consummate outsiders in a male world? Is it because they have a different perspective that is lacking in traditional power schemes?

Whatever the reasons, history has show that women have been more than great leaders.  Perhaps Sec. Clinton will be able to continue this tradition, and Sen Warren (D-MA) certainly has her own following. Angela Merkel has become a de facto leader in an EU that is adrift and in dire need of strong leadership.  Nicola Sturgeon and Rachel Notley recently led their parties to huge gains in Scotland and Alberta.  There will be more.

Women have achieved power throughout history in many nations, great and small.  It’s interesting to note that some of the greatest leaders who have shaped our world were women who had long and successful reigns.  Did their status as “outsiders” help?  Were they simply very strong-willed people who overcame the obstacles of sexism and then went on to use their skills to become great?  It’s hard to tell.  But this seems like as good of a time as any to note my Top 5 women leaders in history – and hope that we might have someone I can put on this list one day. 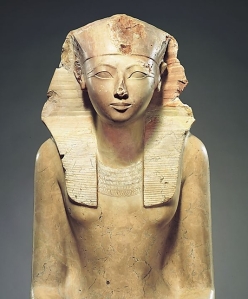 A statue of Hatshepsut, the first woman Pharoh.

Ruling Egypt from 1479 to 1458 BCE, she may have been the first woman to earn the title “Pharoh”, but records are a bit spotty.  We do know that she took power in a time of great turmoil, just after the Hyksos invaders were kicked out and Egypt stood as its own kingdom again.  Hatshepsut not only rebuilt Egypt but established trade routes that cemented it as the center of the Mediterranean once again and presided over a major period of civic building and peace.

Cleopatra may be more famous, but her rule was under the shadow of Rome.  The glory that we know as ancient Egypt comes in great measure from Hatshpsut’s success in re-establishing her nation before it went on to even greater accomplishments.

Empress of Russia from 1762 to 1796, she assumed power in a bloodless coup that deposed her husband Tsar Peter III because of his weak dealings with the rest of Europe.  Catherine took the cue and went on a major expansion campaign, creating the “Greater Russia” that extended its influence across Eastern Europe.  She was also very effective at modernizing the state, creating a modern banking system and patronizing Russian arts.

It has been said that the term “Mother Russia” dates from her reign.  The largest nation on earth is feminine in the hearts and minds of its people because of Catherine and her tremendous success making it what we know today. 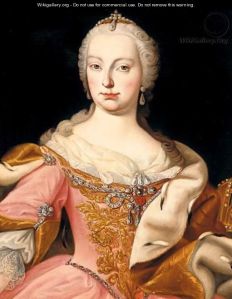 Empress of Austria from 1740 to 1780, her role in history extend far beyond the boundaries of her sprawling empire.  The Austria she inherited was less of an empire than a collection of states that owed some allegiance to a central power – at least when it suited them.  Maria Theresa concentrated on modernization and trade while creating the army that would finally unite her properties into one empire.

Her lasting contribution, however, is the network of trade that extended across Europe through her programs of encouraging a middle class and developing roads and canals.  The idea of a single “European Market” dates from her reign, making her one of the early pioneers of what would become the EU.  It’s worth noting that her descendent Otto von Habsburg was one of the founders of the EU.

The Queen of Castille from 1474-1504, her marriage to Ferdinand of Aragon in 1479 created the nation we know as Spain.  It wasn’t quite that simple, however.  The expulsion of the Ummayid Muslims wasn’t finished until 1492, meaning that her reign was marked by war.  Ferdinand was by far the junior partner in this marriage as Isabella was directly involved in the planning and execution of military strategy and generally regarded as a brilliant general.  She also created the Spanish Inquisition to unite her new nation as solidly Catholic.

What she is generally remembered for, however, was her enthusiastic backing of an obscure Genoese sailor who had been shopping this crazy idea of sailing West to reach Asia all over Europe.  The adventurous Isabella gave Christopher Columbus the ships and the charter he needed, and as a result half of our hemisphere speaks Spanish to this day. Few leaders of either gender changed the world as much as Isabella. 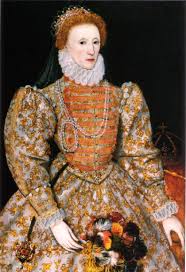 Elizabeth I, Queen of England.

Queen of England from 1558 to 1603, Elizabeth inherited a crown in the wake of the generally disastrous, if colorful, antics of her father Henry VIII.  The creation of a separate protestant faith and subsequent rejection of Queen Mary’s attempts to re-establish Catholicism split England while simultaneously creating a bitter enemy in Spain.  The nation, by all outward appearances, was weak and doomed.

Elizabeth responded to the Spanish invasion plans by working to unite her people, and with hundreds of small boats and a bit of luck with the bad weather held off the Spanish.  She went on to encourage peaceful trade and exploration in North America, eventually uniting England through her example and the general feeling of good times that marked her reign.  While it was only after her death that the United Kingdom was created with the ascension of James VI of Scotland to the English throne, Elizabeth made it possible.  After her reign, England was the power that ruled the seas and the commerce of Northern Europe.  It was only a short while before it became the great Empire that encompassed the globe – and gave the world its common language.

What do all of these great women leaders have in common?  They each inherited lands that were in turmoil, but brought peace and prosperity along with a strong commitment to shared identity.  Some of them did it peacefully, others with war, and most with a mix of the two in turns.  Each created a lasting impression that extended well outside their borders.  They were also all quite bold.

The track record of women in leadership is quite good going back to ancient times.  Here’s hoping that this continues as all the nations of the earth have their turn with a woman in charge of things.