Cities mark the landscape across this nation and all others.  Images of the handiwork of a culture often define the people who come to inherit the space and, in turns, mark it with their own generation’s values.  Yet they are so much more than static collections of icons – they are where people come together and live their lives right now.  They are always ultimately about the connections that make them alive.

Even the bricks and mortar or glass and steel is ultimately a connection across time to what made the city what it is today.  Though it’s the stuff that makes up a city which gets photographed and noticed, they are much more than that. 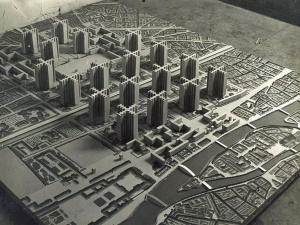 It’s been a long time since I first asked the question, “What is the purpose of a city?”  It’s always been a rhetorical question because there’s no doubt that we need cities in our modern economy and culture.  I ask the question because I hope that concentrating on core values can help us to make better decisions about how we manage and develop our world.  I’d like to tie this back to a few thoughts on the connections that make a city a place that is more than buildings – but is made up of the spaces inbetween.

Walking through the Downtown district of my city, Saint Paul Minnesota, I can’t help but notice the many small changes that take place between each trip.  We have been doing quite well lately, despite the economic problems, because those who love our city have been paying attention to details.  Our Mayor, Chris Coleman, has done his best to put resources into play to keep things moving ahead as well.  Storefronts are filling up and a few development projects are moving forward.  We’re doing pretty well considering how tough it is out there. 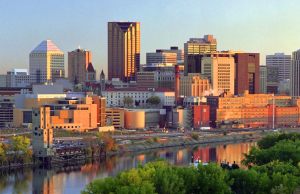 Yet the bulk of the Downtown core is tied up in office space – big huge towers full of people who are connected to the world through the internet first and foremost.  Is there really a need for big towers in this economy?

The key for our little city’s core seems to be its diversity.  Flexible staffing is at the heart of it – temps are hired and lost constantly by the companies that inhabit the big towers.  There are also many small print shops, law firms, accountants, and other support services that make their living providing services to the companies in the other offices.  This certainly can happen in suburban office parks located far from the core, but the quality of service has to be greatly improved when people can get to know each other just by being close at hand.  It’s the diversity of services that makes it flexible and valuable.  It’s all about the connections. 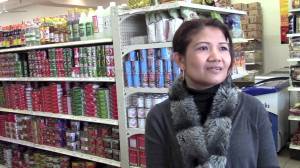 One of my favorite stores on University Ave, Ha Tien grocery.

Outside of the core, the neighborhoods of Saint Paul have a different kind of diversity.  Along University Avenue, for example, people from all over the world have staked their claim to one corner of our city and added something tremendous to it.  Payne Avenue on the East Side has seen a revitalization driven both by immigration and by some careful planning by nonprofit citizen’s groups.  Working together has made it possible for people who often have little on their own realize something much bigger that we can all claim a small piece of.

None of what I’ve said so far is controversial in any way at all.  What makes Saint Paul and any other city alive are the connections that are made across all the diverse elements that make it up, and that should be obvious.  The reason this is worth saying is that our current cultural and political divides make connections far more difficult than they should be – and  this ultimately will hurt cities far more than other places.  What’s less obvious to some people is that the diversity of economy and culture that our cities create is where innovation and real growth take place.

Cities are finding it harder to keep their essential services running all the time.  Our state has cut aid dramatically over the last decade and property values are sliding as they have everywhere.  But a quick look around Saint Paul shows us how a flexible workforce and a diverse economy built on connections works.  This is where the innovation that produces restructuring is certain to come from.  The new values and spirit of entrepreneurship brought by immigrants will certainly move it forward.

Cities like Saint Paul define more than just where we are through images of tall buildings seen as a kind of sculpture from afar.  That inheritance is important, but so is the life that is lived in them today.  A close look at the diversities they support shows that cities are going to be our future as well.

6 thoughts on “More than Sculpture”