How can we sum up 2015? In many ways, it’s the year when people everywhere exploded. On the right, the pent up frustration and anger felt by people losing their privilege in a rapidly changing world lit up, ultimately crystallizing in the campaign of a certain rich person whose name will not be used. On the left, anger that bled onto the streets from black bodies killed by authorities sometimes ignited, burning cities and flaring up the “Black Lives Matter” movement.

The numbers? Economic growth sputtered along just over 2% in real terms, and 5.2M jobs were added – good enough to finally raise the Fed Funds Rate. But these once critical figures waned in importance. This year, people demanded attention.

Yet as much as this was a year about people, not numbers, the explosions make it hard to be hopeful about “humanity” – which is to say decency and respect. 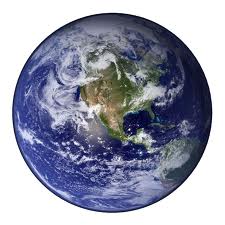 One world, one people – one market. Yikes!

The intersection of politics and economics may seem like the last place to look for the spark of human emotion and genius. Both subjects are usually treated as dry exercises in numbers, counted in either dollars or votes. Sometimes, sadly, both. But both subjects are illuminated at their brightest when seen as nothing more than the hopes and dreams, values and value, of people.

This has been a common theme of Barataria since its inception, but the principle can not be overstated. Every institution that runs into difficulty does so not because it is flawed as an intellectual construction but because the people within it do something selfish, stupid, or indecent.

That’s where the radicalization that came with the increasingly outspoken population of the US runs into difficulty. Striking out and organizing usually requires that “they” be dehumanized. It doesn’t matter whether they are scared and over-worked police, Muslim strangers, or officials at the Federal Reserve. It’s hard to be angry at people but easy to be enraged by the machine.

It’s less obvious to anyone involved how this process of dehumanizing affects everyone.

It may seem ridiculous to worry about what Janet Yellen, for example, thinks about her. She’s arguably the most powerful person in the world, after all. Nothing that a far left or far right blogger rants about her is going to make a difference, will it? But it does. It doesn’t change Yellen or the Federal Reserve one bit, of course, but it hardens the hearts of those screeching onward and poisons the minds of everyone who reads it.

Where Yellen is an example that no one cares about, let’s consider a truly vulnerable people – immigrants who are Muslim or, in the case of Sikhs, look vaguely Muslim. They are routinely targeted with nasty speech, threats of deportation, beatings, and other violence. Where does this come from? Consider how we talk about Muslims:

Do you know that Muslims pray five times a day to Allah? And when they do just about anything new they tend to say “Allahu Akbar”?

That sounds sinister in the right tone of voice. It’s used that way constantly on certain teevee stations and by many people on social media. But it’s odd because it’s one of the rare times that Americans don’t translate out of a foreign tongue. That rarity makes it sound much more sinister even though it has no business sounding that way. For example, millions of Christians in the Arabic speaking world pray to Allah as well, given that “Allah” is simply Arabic for “God”. So let’s translate those lines to see how sinister and demonizing they are:

Do you know that Muslims pray five times a day to God? And when they do just about anything new they tend to say “God is great”?

The differences between Muslims and anyone else whose faith guides them constantly melts away in the translation. The Tower of Babel falls and we are all one. We are all human.

Forgetting that others are human makes it so much easier for everyone to radicalize, which is to say forget that they are human, too. Rather than a brother or sister the person adrenalized into action becomes a warrior, a steadfast servant of something they think of as “truth”. The abstract is made real in their hot blood.

They are dehumanized, too.

I am fond of saying that “People are people, but cultures are cultures.” What I mean by this is that given the same stresses and obligations people will react pretty much the same way regardless of where they live or when the lived. The problem comes in understanding the forces at work on any given people. Their culture – the sum total of what anyone is taught, experiences, or loves – comes to bear in ways that an outside rarely understands. 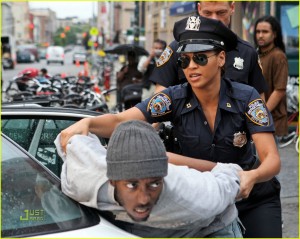 Well, the laws do apply to you. Plus a little more.

That may seem academic, but it is far from it. For example, how do we find justice for the far too many people killed by police, far too many of them black especially? We know that in many cases black people themselves have been dehumanized and taken as the enemy. But to respond by treating police as the enemy only inflames the war taking place on the streets. They, too, are people – reacting as they are for reasons buried deep in the system that threw them on the street. If we cannot tackle the system and understand how it has made police into warrior robocops, robbing them of their own human compassion, the more people will be killed.

The solution has to come from our compassion, from our humanity. Turning up the volume may force change to come, but ultimately that change has to come in a quiet moment of realization – a moment of decency and respect, one on one.

This is the great unfinished business of 2015 as it comes to an end, because the cauldron of dehumanizing poison is at a full boil. Everyone is hot, everyone has their blood running high.

That won’t do us any good in the long run. Perhaps it has to happen, but as the issues raised run through our often dysfunctional public discourse we cannot let anyone lose their humanity in the process. That includes those demonized and those demonizing.

The hope for 2016? That we reclaim our humanity and work together to make a better world. It is our humanity, our sense of decency and respect, that is the only way through everything.

6 thoughts on “Humanity, Boiled Away”