Twitter is dying. Or perhaps it is already dead, it’s hard to say. The stock has rallied lately, anticipating a buyout by …. someone. Google just said they aren’t interested, and who can blame them? The company has never been profitable and has never found its niche.

It is still handy if you want to know what Trump is thinking around 3AM, if you are into that kind of thing. CNN still relies on twitter for feeds from ordinary people for some reason. But for all of this, there was never anything resembling an actual revenue model and never any attempt to find a way to organize the firehose of information that blasts at you once you reach a certain number of users.

I have no use for it, and I don’t know anyone who does. Will it go away? 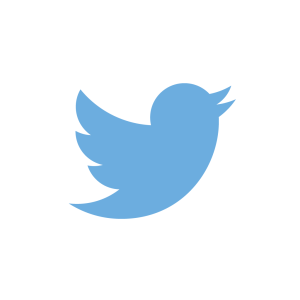 I said everything that needed to be said about Twitter back in May of 2014. That was just six months after it’s IPO, when the stock rocketed from an opening of 26 all the way up past 50. It soon settled in to a pattern around there, peaking at 69 dollars per share. By the time I got around to pronouncing it dead, it was at 39.

It’s below 20 now, up from a low of 14. And that is all about someone buying it, which may not happen.

The problem with twitter is a simple one. It’s something like a news ticker for everyone, which is to say anyone can put out any kind of news they want. There is no filter, no organization, and certainly no way to say anything substantial. There has never been anything useful on it.

I have had exactly one client who found a purpose for twitter. A restaurant always put out a tweet just before their 11AM opening to tell everyone the soup of the day, and then another one in the evening to tell people if there was an event at the nearby Xcel Energy Center – home of the Minnesota Wild and many concerts and other events. 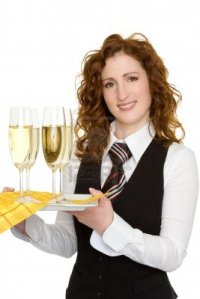 How was twitter useful? The tweets went from one quick entry to nearly a thousand subscribers. But more importantly, they also went straight onto the website, which was where more people read them. And through a very neat service, they went out as text messages to everyone who signed up to be told what was for lunch today – about 250 people.

It wasn’t really twitter that was useful. The hype around twitter made it into an instant central location for a lot of activity which reached people. It’s only use was as a standard.

I was an early adopter of the bird, giving it a big try back in early 2007. It was less than six months old and the hype was just starting. What did I do with it? Not much. I had a few discussion groups as live tweets that were interesting, but it didn’t go anywhere good. I reached a lot more people right here in the blog world.

So it is hardly surprising that no one is interested in buying this thang at this stage and that the stock is basically falling. There simply isn’t a way to make enough money to support the monster it has become. Facebook, for all its own failings, at least has some ways to organize your stream and focus on people who matter to you.

It’s all fun and games until someone loses an eye. Or their sanity.

That’s not to say that a distributed news feed isn’t a good idea all around. Let’s go back to the restaurant for a moment. If I could log in and take my zillions of feeds I subscribe to and break them down by category it might all be a different story. Imagine menus coming in from dozens of places, organized in a way that I could easily peruse them once I clicked on, say, the Restaurants / St Paul tab at the top.

Yes, there could even be a revenue model in such a service. Coulda woulda shoulda. Too late.

To date, no one has found a way to organize anything on social media in a way that truly replaces “legacy media” or broadcast. Ten years after the launch of twitter and three years after its IPO, we have nothing. It’s basically the same, old same-old – a lot of nonsense aimed at you with almost no way to make any sense of it.

That is what matters in this world, after all. We live in a time of too much information and too little to organize it. Twitter has utterly failed for many reasons, but the problems were there ten years ago.

That they are still there today is the reason why twitter should die. No one will buy it and it will die.