Home » Nooze » Decades in the (re)Making

“My fellow Americans, our long national nightmare is over. Our Constitution works; our great Republic is a government of laws and not of men. … Let us restore the golden rule to our political process, and let brotherly love purge our hearts of suspicion and of hate.”

– Gerald R. Ford, “Remarks Upon Taking the Oath of Office as President”

Something happened to our nation in 1974. It was more than Watergate and the disgrace of President Nixon. Years later, Jimmy Carter famously called it “malaise” – a feeling of unease that is hard to pin down. As we discussed in People’s Economics it shows up as a turning point in the economy, too.

Primarily it’s been a crisis of spirit and identity. Who are we? What are we doing?

The natural end to this crisis may be at hand. Like an addict on a 43 year bender, rock bottom might come from the Watergate script pitched as a pointless remake. At first I wanted to call it Nixon on steroids, but this is Nixon on meth. How bad can it get? 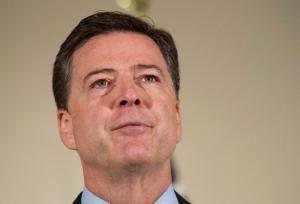 There is no point in re-hashing details from the firing of FBI Director Comey. You can get them elsewhere. What’s stunning in all of this is that history once again doesn’t quite repeat but rhymes like a gangsta rapper hitting the downbeat. When it’s the Bratva providing the beat it accelerates the way Russian folk dances do, spinning out in a frenzy.

This will play out in fairly predictable ways if you keep in mind one very simple fact – everyone involved is human. People usually do the right thing only when it aligns with their personal interests, even if that interest is nothing more than being the hero. Those personal motivations might be hard to discern at times, but a little empathy and commitment to a “method acting” attitude towards the news cycles can help a lot.

Rod Rosenstein. He won’t end his career for Trump.

Consider, for example, Deputy Attorney General Rod Rosenstein. He was directed to provide the justification for firing Comey. His letter doesn’t seem to get anywhere near the point unless you read it after putting yourself in the mindset of someone who is doing something he does not want to do. There is no substance in it at all and it certainly does not say, “fire the guy.”

Rosenstein reportedly threatened to resign after it became clear that he was being made into the fall guy. We should not forget that the same situation propelled John Dean’s candid testimony before Congress so many decades ago. Talk about power versus principle all you want, but at the end of the day the real problem is that you can’t treat people like crap and expect anything other than a crappy result.

My hand-painted chalk bust of Nixon. From the date acquired and location it appears to be from the 1972 Republican Convention in Miami Beach.

At the heart of it is a President with a serious character flaw. We saw this before in Nixon, but never quite this bad. Some will argue that we saw it in Clinton as well. The point remains that in a democratic republic we do ultimately wind up with the government we deserve. A nation of disordered narcissists naturally has a leader with narcissistic personality disorder.

The intoxicated whines of entitlement and exceptionalism have drowned out the sober voices of community and graciousness for a very long time.

Complacency among those with resources only enables and exacerbates the pain. Consider, for example, that the VIX or “volatility index” of the stock market is at an all-time low. It’s what no one sees coming that will bite us in the butt, the rough converse of the Y2K “problem.” Selfishness always lives in the moment, deliberately ignorant of consequences. The bipolar, reactionary bounce between fear and greed is no substitute for actual risk management, the true heart of a free market system.

It’s become completely reasonable to expect a panic simply because that is what has to happen.

One of the most amazing things to happen recently was the downfall of John Boehner. He famously surrendered on a budget deal within his caucus by opening with the Serenity Prayer – “God grant us the serenity to accept the things we cannot change, the courage to change the things we can, and the wisdom to know the difference.” It didn’t help a thing. When this same man stood before Pope Francis he had an epiphany that led him to walk away from the dysfunction mess that stands as the people’s representatives.

This will play out in much the same way as time goes on. People will recognize, one at a time, that the crazy has to stop. Each will, in their own turn, say the Serenity Prayer and walk away from the things they cannot change.

This will play out just like Watergate as time goes on. The net result will be remarkably similar. The stock market will naturally have to react when it realizes just what rock bottom looks like. The government will stop functioning for a while and absolutely nothing will happen.

Where it must be different is that this time the change has to be for the better. Those of us who walk away in order to preserve our own sanity eventually have to come back and put an end to this. It’s been decades in the making, but even this tired old junky of nation can get clean.

As Gerald Ford once tried to tell us, there is a path forward to heal. We ignore it at our (continued) peril.

6 thoughts on “Decades in the (re)Making”