What is it that makes writing jump off of the page and into your imagination? We can all learn a lot by studying what the masters have done. What I have been trying to understand is the total outlook on life held by people who I have seen write very well. By doing this, a strange theory came to mind.

Theory: People who are musically trained write differently than those who are not.
Corollary 1: It’s better, more evocative writing.
Corollary 2: It doesn’t matter what form they are trained in.

This is only a theory at this time, but perhaps you can help prove or disprove it. I am basing it on the people that I know personally, and so I’m going to be thin on the details rather than suck them into my blog without permission. But the theory, at its simplest, is that music makes for better writers. It also appears to not matter what kind of music the writer is skilled at, suggesting that we’re looking at fundamentals of music and not of genres like Classical or Folk.

Why could this possibly be the case? Think of the songs that you can’t get out of your head and how infectious they are. Writing also requires a certain rhythm, a beat that forces the eyes into motion and the image into the brain. Dramatic tension is not that different from Harmonic tension, especially in the way it is built and released. Lyrical tension doesn’t have a strong equivalent in writing, but reaching for that heart-rending 9th is just like the perfect description that hits you as poetry. 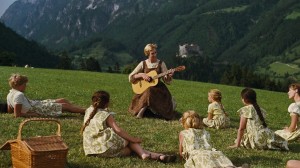 Let’s start at the very beginning.

The need for a music in writing should not be a surprise. What matters the most to me is how important the training that makes the music a part of life can be. This is something you want to have deep in your subconscious when writing, and I doubt you can force it.

There’s a deeply practical side to this, too. I’m trying to figure out what bits of routine and atmosphere make me a better writer. To this end, I’m starting to heavily program my writing around styles and pieces of music.

Right now, I have to write a long dialogue that involves an older Cuban man. How do I represent that he is Cuban? Many people would try to phonetically write out the accent, an effect that is often disrespectful and racist. What I have been paying attention to is the pacing and the blunt, straight-up way Cubans often have of expressing themselves. Beyond that, however, there is a lyrical tension in that even the bluntness can be nothing more than a setup for the dialogue that comes next; the other person in the dialogue is an Anglo, so this is a cross-cultural moment full of mistrust and caution.

How on earth do I capture this? I think it’s simple – mambo. Cuban speech patterns, translated into English, came from Cuban culture. So did a style of music that is both mysterious and in your face, a style that compels you to dance and yet somehow still look cool. Language cannot be divorced from the culture that created it, so if we look to the music that a culture creates we may see just what stuck in the heads of the people we want to represent – and then pull it back out as language.

That’s where this theory comes handy. I think that they use of rhythm, lyrical tension, and especially harmonic tension is critical, and it takes training to make it innate. I can see it now in writing, and I know what I do best for myself. Where this theory really pays off is when you get stuck trying to use method acting to bring them alive and nothing is working. My hunch is that you pick out their favorite songs or other bits of culture and go with them.

This blog? Go ahead, rip me apart – it’s early and I’m tired. But I re-read sections of it and found a lot of iambic verse that I did not put in there on purpose. Perhaps my morning tea and dose of Minnesota Public Radio really does put me in the right mood. What part of that Mozart can you find? Anything? Eh, it’s in here somewhere. That’s my theory, at least.