Another senseless gun tragedy – this one bigger than the previous. When does it end?

It ends when we as a nation get serious about the situation. Like nearly every problem we have it is primarily a mindset. New gun laws aren’t necessarily going to be the answer unless they are part of that important change. 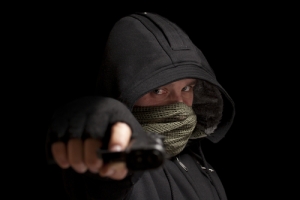 This is a fashion statement. That it is a popular image demonstrates the problem.

To me, there is no more important image of what is wrong with guns than the one pictured here. Every time I see an ad for a movie or show depicting someone holding a handgun sideways I know what is wrong.

Guns are a point of fashion, a matter of attitude and authority. They aren’t regarded as a tool and they certainly aren’t considered to be dangerous.

Guns exist to make a statement in our culture. Pissed off at the world? Buy a gun and start shooting!

I have written about this many times before and my opinion has not changed one bit. I know many responsible gun owners who are careful about safety and would never use their weapon improperly. I have no fear of them at all. The difference is entirely one of attitude.

That’s not to say that some changes aren’t needed. Two articles have gotten my attention recently which highlight ways we can, and should, signify that there is a clean break with where we are today.

An article in the New York Times revolves around a very simple graph, shown here. It is nothing more than the results of a poll taken by Morning Consult on various proposed policy changes involving guns charted by what various “experts” believe would be the most effective solutions.

“Expert” opinion of effectiveness, x-axis, versus popularity, y-axis, for various proposed gun law changes. Note that it includes proposals from across the political spectrum.

This should not be taken as the final word on any new laws, but it does show points of clear consensus. If we start with only those items which are supported by 80% of the population and those who have studied the problem, we arrive at this short list:

Some ideas are very popular.

Naturally, when there is a solid proposal for any of these items the support might reasonably fall. It’s also quite likely that they cannot stand on their own, either. For example, how do we do a universal background check?

At 78% popularity is a call for universal licenses for any gun purchase. This is something which I have supported in the past as a simple method for making sure that everyone who owns a gun takes the responsibility seriously. A rigorous test, including ability to hit the target, is only as reasonable as a license to drive a car.

Such a test is required in Minnesota to have a carry-conceal permit, and most people believe it is a good test. Roughly 92% pass it, too. It seems like a high number passing, but ask yourself for a moment what share of gun owners are irresponsible enough to give everyone a bad image? If you figure it’s 1 in 12 or less, the test is weeding out the worst.

Where this is a good start, there is more. This excellent article focuses on where criminals obtain illegal weapons, another serious problem. One of the popular items listed above is “report stolen guns,” which has little meaning by itself. It requires a national database of stolen guns roughly akin to the effort we put into stolen cars. The analogy is complete.

Most gun advocates will say that “We don’t need new laws, we need to enforce the ones we have now.” I couldn’t agree more. This particular article traces how badly we are doing at that with some hint as to why. There is no national registry and no method of tracing weapons once they do become stolen property.

What I am calling for are two simple things which are both popular and effective. A national requirement of a license, like we require for a car and also enforced by states, and a national registry of stolen guns combined with severe penalties for being caught with one. These tools will make it possible for us to actually enforce the laws we have now and will force a change in attitude.

Should we make it more difficult for responsible people to have guns? A permit requirement is not that onerous, but it would make it much easier to stop those who definitely should not have guns. We’ve seen it work in states that have it and it is clearly a good idea. It is also popular.

Follow the links above for more information on all of these topics and some rational discussion on what we can indeed do about guns in this nation – without trampling on the rights of anyone who is responsible.

5 thoughts on “Guns: Change the Attitude”