Home » People & Culture » It Will Get Better

The big meal is over. The Vikings beat the Lions in a thrilling game. All across the nation people are wandering home, full of obligations fulfilled and too much food. Many have had the chance to actually count their blessings, the real meaning of the day, and understand that they are indeed wealthy.

Not everyone is so blessed, of course. Far too many people are alone and afraid, hungry and isolated. For all of the riches of our land they have been distributed unevenly and, at times, apparently at random. Yet this is indeed a good time to be alive to see the world come together, no matter how difficult it seems.

We have much to be thankful for. 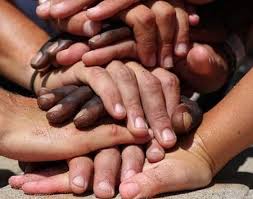 This is the start of the holiday season, the time when the northern part of the nation is slowly enveloped by darkness and cold. It is the start of a shopping binge for many, driven by tradition and a need to show off the riches that we all should be thankful we have. In the rush and drive these days apart, loafing and long, are a good practice.

Years from now, we will look back on these times and wonder what we were so anxious about. We will either come together and solve our problems or drift further apart. There is no third way. No matter what, we will change and evolve.

There is a lingering feeling that something has died. Maybe it’s the American Empire, the sense of rule that we should never have arisen in the first place. Americanism became the standard for the world, in culture and language and even at times the drive for freedom. Most of what has swept over the world is the exact opposite of empire, bringing the entire operation into question at the very start.

What is to become of us? 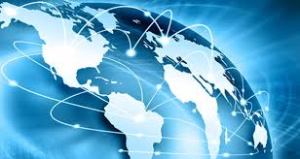 The world is connected. The answer is out there.

We will all know in some number of years. Today it seems like everything is up for grabs and the future belongs to those who are aggressive and determined. That won’t hold. Like the empire, there is a flaw built into the heart of it which makes it unsustainable. The world will either rise in rebellion or, more likely, wander away from those who claim an undeserved supremacy. That process will liberate, inspire, and bring success that the whiners who insist on their right to rule based on their aggression to slowly fade away.

It’s the speed of the process that is a problem.

The world does belong to those who can integrate, those who can cross cultural lines and make new friends and inspire. The world has a lot of work to do, and those who do it will be successful. It just doesn’t seem like it right now.

When it does become obvious the riches of the times we live in will become much more apparent. And we will wonder what all the noise and fuss and whine was all about.

This, too shall pass. We have much to be thankful for.

8 thoughts on “It Will Get Better”