North Korea has agreed to de-nuclearize! Trump’s foreign policy is a success!

Headlines something like this have been circulating for a few weeks, but they contain more errors than words. North Korea hasn’t agreed to remove nuclear weapons at all, but appears ready to try to negotiate for some reason. Any concessions on their part almost certainly have little to do with the US and a lot more to do with their only benefactor, China.

And the world is a much more dangerous place to the extent that anyone believes that North Korea is somehow becoming more peaceful, especially when it comes to believing this is a result of anything to do with the US.

Missile test make good photo-ops. The message is that we are expected to be scared of North Korea.

The nuclear tests in North Korea have been a problem for years. Coupled with missile tests, they send a very strong warning to the region and the world – North Korea has a deadly bomb, and it can deliver it. The news has rightfully concerned everyone around the world for very good reasons.

But nowhere has it struck more fear than in the neighboring nations of China and South Korea, however. The response by South Korea is understandable and predictable, but China has reacted in ways that set two significant precedents that simply cannot be overlooked.

The first was that China voted to support strong UN sanctions against its longtime ally. While many were critical that it was slow to enforce them, by March 2018 they were fully in place. The delay was only reasonable, although the western press is impatient as it looks for proof of Chinese intransigence. There was none. It simple took some time to tighten the noose and make it clear that this time is very different.

The second unprecedented event was on 26 March when Kim Jong-Un made his only trip outside of North Korea since he assumed power and went to Beijing. It appears that he was summoned by Xi Jinping, but there is no doubt that they had a lot to talk about. All discussion of any progress in Korea comes after this visit, which makes it rather clear what they talked about.

Why is China the main player? Simply put, they are far more scared of a nuclear North Korea than just about anyone. It’s also a violation of the agreement that China had with Kim’s father and grandfather, a pledge of support as long as they weren’t a nuclear power. China has prepared its citizens for nuclear war, stirring up considerable alarm and making the government look very weak and hapless. This is a personal affront to Xi’s power and prestige in many ways.

There is no doubt that Xi needs to bring Kim into line. 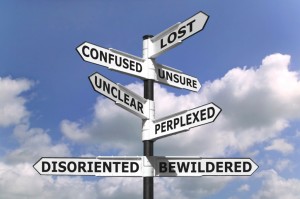 Good luck reading anything into what’s coming out of North Korea.

In response, North Korea has been far more mild than probably any nation wants at this time. When they say “Denuclearization” what they mean is … well, it’s nearly impossible to tell. They have admitted that they have an advanced program and they intend to keep working on it, so it appears to mean absolutely nothing. They are simply saying words at this time.

Interesting that Trump appears to have fallen for it.

So what’s going on in North Korea? A flurry of discussion but no significant action on their part. China is clamping down harder all the time but not getting much of a response. The US has almost nothing to do with the situation, despite our best efforts to look important.

Not everything in the world is all about the US, after all, so we should not be too concerned about that point. This is China’s problem, first and foremost. They will have to deal with Kim and they apparently are. Whatever we expect from Trump or whatever he says is really just noise at this point. And we need to regard it as that.

The main role of the US needs to be to not screw everything up.  The first step in doing that is not believing Kim’s nonsense.  So far, we’re failing on that part.

2 thoughts on “Nuking the Narrative”