The big summit is on after all. Trump will meet his most feared adversary face to face in an attempt to avert war.

No, not Kim Jong-Un. Those two are practically buddies, what with the same ambitions to be emperor and all. I’m talking about the G7 Summit where Trump has to meet his only real enemies – leaders of actual democracies.

This goes especially for the enemy next door, Canada. Now that Washington has taken their most prized possession, the Stanley Cup, you know that they are out for revenge. You can see it in the cold, murderous eyes of Justin Trudeau.

We’ve known for years that Canada is spying on us. You don’t have to be around too many flocks of geese to know that they are, indeed watching. Every move is carefully recorded as they freely move around the nation.

Some have converted into full-blown terror cells, striking without warning. Especially in nesting season.

Of course, that’s not the limit of Canadian stealth in our nation. There are literally thousands of them living among us, undetected. They seem nice, but once you get to know them you find out the truth: they really are nice, all the way through. And there is nothing more suspicious than that.

This is America, after all.

We are talking about a nation that obviously hates us.  They have rejected our obviously superior health system in favor of one that works.  They believe in punting on third down.  And worst of all, their hatred is so deep that they went as far as to put a portrait of George Washington in drag on their quarter.

But we let it go because we don’t let the hate get to us.

You may argue that we should actuallylove Canadians for a lot of different reasons, just as we should love other allies. That’s where you are wrong. As a State Department spokesman pointed out, the anniversary of D-Day is a perfect time to highlight our relationship with Germany. We, as Americans, know how important it is to have far too many guns in every house, and statistics show that thee guns are far more likely to only shoot loved ones. Yes, that’s right – we were only shooting at Germany to show them that we loved them. That’s how it works. 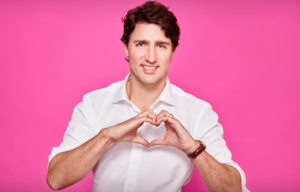 Don’t fall for his ruse.  He hates us.

We naturally fear Canada because no one can be that nice and intelligent. There is something wrong there. And we don’t shoot them out of that same fear, since we only shoot who we love. They haven’t figured it out yet, but they will.

And when they do, we’ll be ready for them.

That is, unless the master negotiator can come back from Canada with a treaty that puts them in their place. We want to have a strong trade surplus with them not … wait, we already do. Well, we want our Dollar to be stronger so that we … wait, we have that. Well, we want them to celebrate on the Fourth of July like a real American, not this pansy-ass metric First of July stuff. There you go!

And add some blue to your flag, will you?

We will win this conflict with Canada or we will go back to largely ignoring them. It’s one or the other, a real death match. Canada is, after all, the true enemy. We know this now. And we will do something aboot it.

2 thoughts on “The Real Enemy”