Words mean things, or so the saying goes.  Unfortunately, things change so words have to change.  That’s where it gets interesting. 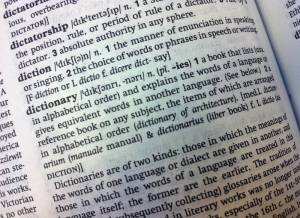 English is an adaptable language that mutates easily.  The problem is that language is useful for both communication and identity, so people sometimes deliberately use a word in a different way to show what group they belong to.  There are also things that defy description.

My favorite word of all is “awful” for one simple reason – in the last 300 years, it’s meaning has completely reversed.  It used to mean “awe inspiring”, a good thing, but somehow things big enough to inspire awe became terrifying.  “Awful” became, well, awful.  What makes this strange is that along the way inspiring awe was back in fashion, and the word “awesome” took the place previously held by “awful”.  It’s worth noting, however, that nothing was ever “awful to the max”.

A word that had a near inversion is “artificial”, which was used to describe the great art of Christopher Wren’s Cathedral of Saint Paul in 1710.  They meant it in the good way, which is that it was a great achievement of art.  Today, we think of it as a word that describes Cheetos or other things that might include a touch of science run amok. 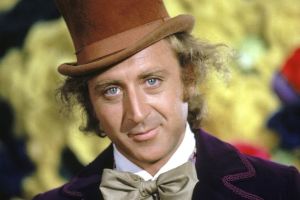 I recently decided to look up the word “wonk” to see where it came from, guessing that it had something to do with either the priesthood or carnies.  It turns out that it came from Oxford in the 1950s, a word to describe a brilliant professor who is slightly “wonky” or off-kilter.  A close reading of “Charlie and the Chocolate Factory” shows that the eccentric yet brilliant Willy Wonka is an old man ready to retire, which was the original use of the word.  It’s a long way from there to either a world of “Pure Imagination” or George Stephanopolous, but that’s how it all diverged.  Today the word is used more or less like “geek”, but in government policy.

Which brings me to “geek”, the classic word that changed its meaning.  It appears to be an old Saxon word, geck, that means more or less village idiot or outcast.  From there, people who spent the time it took to make early blikenlighted computers do something useful, which is just about eternity, found themselves far enough on the outside to get the handle.  Then, something strange happened.  The world went tech and the obsessives looked like heroes faster than they could shed the label.  The word changed with them and is now almost a term of endearment. 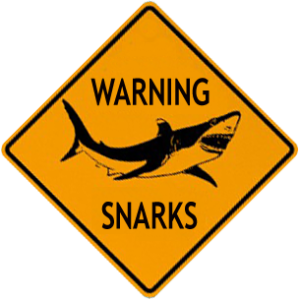 You have been warned.

A word I strongly dislike is “snarky” for one simple reason – it doesn’t have any agreed upon meaning.  It certainly started out as “annoying”, but if you look it up today the definitions range from “sarcastic or irreverent” to “irritable or short-tempered” and sometimes simply “arrogant”.  A word that has no agreed upon meaning can only be used as an identity word, a way of saying who you are without having anything to say.  I don’t see the point of it.

There are many other words that I like to play with, especially when it becomes clear that the House Committee on Oversight has a tendency to overlook things (well, duh!).  But this is my list for now.  If you have a few of your own, add them in the comments.  Thanks!

One thought on “Awful or Awesome?”