Home » Money » Coming Out Even

Barataria has long joked that economics is just sociology with a way of keeping score. Like most jokes, that’s an exaggeration with a kernel of truth at the heart of it. Where we should all be interested in fairly circulating wealth in a way that provides a good life for everyone and raising capital to get things done, people naturally want to know who is “winning” instead.

The stock market is the best, or worst, example of this. Where it should concentrate on raising capital for corporations, it is instead a kind of sporting match. Like any sport, it can be bet on. With the betting comes attempts to game the system which can work in the short term before it all eventually returns to the mean.

That is pretty much all that is happening right now, aside from attempts to game the overall economy with poorly considered deficits and trade wars. 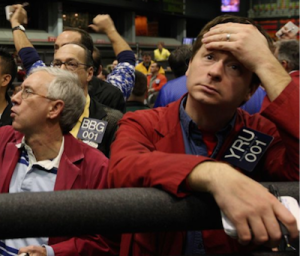 Stocks are famous for falling in October for one very good reason. Earnings from the languid summer months are a bit slow, and anxiety about the upcoming winter season are always reasonable. Holiday shopping is the ultimate way of keeping score in a consumer economy, and the following January downturn is always a bit nasty.

When the market has gotten ahead of itself, as it has lately, this is especially true.

Despite all the analysis that corporations have unreasonably borrowed and slashed their way to the admittedly great profits they still have, there is an underlying strength in the economy. The problem is that stocks, as we know them, have already taken all those profits and priced nearly everything as if what comes next will execute with perfection. Combining that with flows of money into the system from around the world and the result can only be described as a bubble.

Bubbles, as we all know, eventually pop.

As of this moment, US stocks are essentially even for the year. There has been no significant gain but no significant loss. That hardly looks like a bubble bursting, but there is probably going to be more pain to come. The reason that pain has not been severe so far is twofold.

First of all, the underlying world economy is relatively strong. Oil, including renewable biofuels, is being pumped at a record rate. This is the best indicator of overall health.  The price of oil has crept up to the point where renewables are viable, which has to be considered the best possible overall scenario for anyone who believes in a free market. An important commodity like this, which literally fuels everything else, depends on multiple sources to remain stable – and new sources, especially greener ones, are definitely better.

More importantly, the flight to quality is continuing. Bitcoin and related vapor “currencies” are taking another thrashing, meaning that what’s really going on here is that investors are losing their appetite for nonsense. This is reversion to the sensible mean in a very big way all around.

Trump, for his part, is blaming the Federal Reserve for raising interest rates. By any reasonable measure, which is to say by calculations such as the Mankiw estimation of the Taylor Rule, the Fed Funds Rate should be about 6%, give or take. 2.25% is not even close.

Fed Funds Rate in red and Mankiw Estimation in blue, since 2000. The gap is huge and has been for a long time, signaling inflation.

The gap between the calculated rate and the current one, as shown above, tells us that inflation is going to continue to be a serious problem. This means that in real terms investors are going to be asking for a lot more from corporations. Inflationary times are well known to put pressure on corporations struggling to maintain competitive position, meaning that high inflation is always going to be bad for stocks.

The nervousness is reasonable, even in a strong global economy. 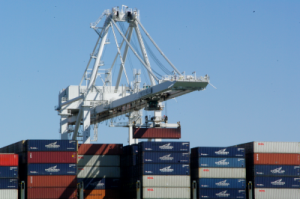 All of this sets aside the effects of a trade war, which will obviously punish US companies while fueling inflation even more. It’s not a good time to be holding stock in a gamed system which is priced for perfection given that we can see a lot of reasons for less than perfect ahead.

So is this stock market fall going to continue? The short answer is that it has been all year, at least compared to the previous ten years. There’s a chance that the underlying economy will be strong enough to prevent a nasty fall but there’s no reason to expect anything better than a reversion to the mean, which is to say that things are going to stay flat for a long time.

When keeping score, no one likes a tie. This will be read as a defeat and sign of stagnation. It’s much more important to focus on where money is going when it’s not going to the bookies who are placing little more than bets on a gamed system.

2 thoughts on “Coming Out Even”