Home » Money » A Model for Federal Equity, not Debt

Given that the stock market appears to finally be taking a pause after a decade long run, this may seem like a terrible time to talk about subtleties like debt versus equity or how to finance federal debt. Yet this is exactly the time when something like what is proposed here would be useful for the government and investors alike.

Our national debt is financed through a complex system with fixed interest and market trading which is cumbersome and difficult. Worse, it ties the government down to fixed costs which are currently taking up 329B$ per year in interest payments, nearly $3,000 per household.

In short, there has to be a better way to manage the 21T$ or so of debt. Step one would be not creating more, but here is a plan for managing the potentially crippling debt we already have. 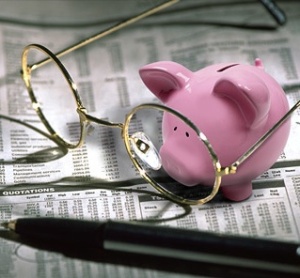 It takes some understanding to make sense of it.

Equity is a term used to describe financial instruments like stocks. In essence, they are bonds with an infinite duration and no fixed payment. They are only attractive to investors to the extent they either realize capital gains or have a dividend payment attached to them. They are permanent debt.

Equity also represents an ownership stake, which is why the equity model may seem completely inappropriate for federal debt. Holders of some kind of “Federal Stock” could never have special voting rights in a democratic republic, so that is off the table. But that is not a primary consideration in any major stock purchase, so let’s leave that entire concept aside. 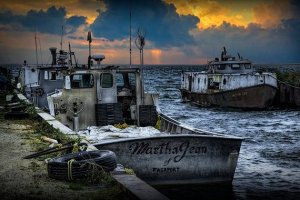 Sometimes a safe harbor is needed more than anything.

Investors do, from time to time, need a “safe harbor” to park money that has no better place to go. We can see this in the trillions of dollars on deposit in the Federal Reserve as well as general consideration of the global savings glut, which we have discussed before. It is also useful from time to time to have a place to put capital gains to avoid paying taxes on them once realized.

There are many reasons why the financial system needs a reliable place to protect capital which is both stable and liquid.

If we did have an equity model for federal debt, it would need to have a fixed dividend payment which rose and fell with the market. A good source for that would be a transaction tax on all securities that is dedicated as a fund to paying the new National Dividend. In order to calculate this, we can look at the total dollar volume of the key exchanges in the US:

We can see that a net transaction tax of 0.65% on all exchange traded financial instruments would raise the same 329B$ that is now paid in interest. In this way, the financial markets themselves pay the interest on the debt and keep it stable. 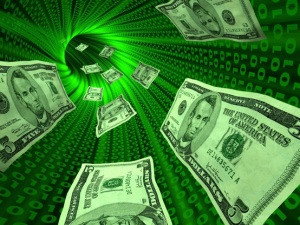 How would this work? Let’s say that the 21T$ or so in federal debt was converted to shares of National Equity priced at $100 each. They would be backed by the US government as always, and a tax free dividend of $1.57 would be paid annually as the National Dividend. That amount would not be guaranteed, but would be tied

entirely to the amount raised by the transaction tax.

The goal would be to keep this at $100 a share, a stable place to park money. The availability of credit for the government would be defined by the deviation away from $100 per share. We need to look at this in both good times and bad to see how it would work.

In a bull market, these shares would be unattractive. They would have to pay a higher dividend to maintain their share price. But since trading volume is higher, more revenue is brought in, so the system holds. 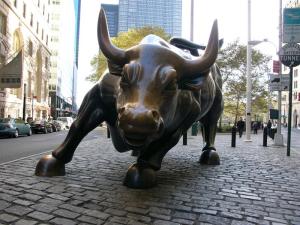 In a bear market, this equity would become much more attractive, and would likely be bid up. At the same time, however, the dividend revenue would fall, lowering the net return. It also could free up headspace for the government to issue more debt for any deficit spending needed to prop up the economy, ideally primarily as increased infrastructure development.

In this way, the National Dividend becomes a more dynamically stable way of financing debt. It provide not only a payment that moves with the markets, it creates a reserve for additional resiliency. It also means that investors pay the interest, not ordinary Americans.

This equity based model is quite radical, but it’s really just an evolution of our notion of what government debt is actually for. It would be a safe place to preserve capital with a small amount of interest, which the market clearly needs, with even less volatility than the current bond system. It is predictable and responsive, moving up and down with the markets.

Equity models may not seem to make sense as a way of financing national debt. But stretching the idea of equity just a little bit shows that it can indeed work for taxpayers and investors alike, creating stability where there is little today. That’s why this is the perfect time to talk about such a thing.

3 thoughts on “A Model for Federal Equity, not Debt”