Home » Nooze » Democrats on the Sideline

We had a lot of fun talking through the ways that the Republican Party is self-destructing through this election year.  But what about the Democrats?

The competitive system at the core of our Democratic Republic functions to the extent that the two major parties stake out different sides of important issues and duke them out through an election, when the people of the nation get to weigh in.  But what happens when one side is wallowing in irrelevance and the other side has little to say one way or another?  Citizens who might otherwise vote are confused, angry, or simply apathetic and stay home.  When one party loses its way, it’s up to the other one to capitalize on the moment and present its platform.

That is unlikely to happen as the Republicans square off against the Not-Republicans, aka Democrats.  The vagueness of Occupy Wall Street made into a platform, of sorts – and historically pretty much what the party has usually been without strong leadership. 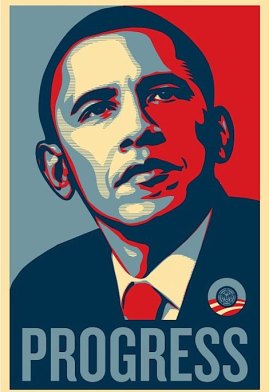 Most people appear to agree that we live in a time that demands action of some kind.  The world is changing around us and that will almost certainly demand new approaches in how we organize our lives and build institutions that serve whatever new era is forming.  Some changes are embraced easily by various people and others frighten the population terribly.  Sorting it all out, whether in a big corporation or in government, will take time and serious thought.  That works against the rapid change and makes tensions run high.

The Democratic Party has never been in a good position to master change unless it has a strong leader at the top of it.  Obama, love him or hate him, has not shown himself to be that kind of leader with a clear vision of where he wants to go – and neither has the rest of the Democratic leadership at any level.

This is hardly new.  The “Party of the people” was founded on activism as an alternative to the natural leadership of the landed gentry.  Thomas Jefferson was swept into power through early organizing in opposition to the bumbling and autocratic rule of John Adams.  Andrew Jackson seized power on outrage over the corrupt banking system of the day.  FDR organized a loose coalition of people laid low by the Great Depression and made them into a powerful force.

When the natural party of aristocracy fumbled, the Democrats eventually took power with two key components – an issue that forged an opposition coalition that otherwise had no business coming together and a strong leader that crystallized the organization.

Today, there is no one issue that is crafting an organization.  The Occupy Wall Street groups are close to one, opposition to rule of a rich elite, but blithely refuse to articulate exactly what needs to happen.  As a personification of whatever new coalition could rise, they deliberately refuse to anoint, follow, or even consider strong leadership of any kind.  What remains is being the Not-Republicans, a coalition of people who may not have any strong course of action but at least know what should not be done.

That isn’t likely to get people out to vote.  The first rule in elections is that political power does not come from percentages but from numbers.  Democrats may yet be able to capitalize on Republican stumbling, but immediately after the swearing-in there will be a swearing-at without a clear message that includes a distinct path out of the woods we find ourselves in now.

The various Occupy movements are not the Democratic Party, of course, but they remain the largest source of energy that could construct a new coalition of some kind.  They are worth watching because any change in the Not-Republicans is likely to at least come from that activism if not the people themselves.  There is still a lot of time for a clear message to be formed and strong leadership to emerge, but a re-election campaign rarely produces anything other than “stay the course”.  How could it be anything else?  Without clear leadership and policy at the top, what could possibly happen down the ticket?

The answer, of course, is a new Progressive movement that bubbles up from below.  That won’t crystallize this election cycle and will take a lot of time without leadership.  So for all the dramatic crashing and burning on the Republican side, the response is likely to be a lot of people standing around saying, “Wow, lookit dat.”  The irrelevance of the left today is much less spectacular than the War on Reality being conducted from the right, but its corrosive effect equally destructive to our nation.

This could be a long, strange election unless something changes soon.

19 thoughts on “Democrats on the Sideline”