This particular post is totally uncharacteristic of Barataria and all it stands for.   It’s deeply personal.  I apologize in advance for those of you who expect something else.

The most common criticism I’ve received over the years is that I rarely talk about myself.  Well, if I told you all about my life I doubt you’d believe it.  It’s been a long, strange trip and I wouldn’t trade it for anything.  Let this stand on its own and you can judge for yourself.  This is a blog, after all.  Time for a major self indulgent posting. 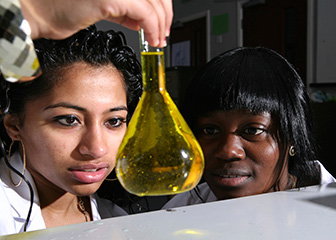 All my life, what I’ve wanted to be is of service to the world.  It’s why I got a degree in chemical engineering – a calling for people who are curious and want to do stuff.  A strong sense of purpose propels nearly all engineers and other people who simply want to make things and improve the way the world is.

Regular readers have seen this ethic.  The worlds of politics, economics, and sociology are not about the observer or their particular bent on things.  They are, however, about perspective or vantage point.  Imagine the great servant Jane Goodall sitting down in the Gombi and doing little more than watching the chimps live out their chimpy lives.  It is entirely possible to insert yourself into such a world, but in the process you inherently change things.  You can do that, of course, but the best experiments are left to unfold on their own.  It’s a grand Heisenberg-ish uncertainty.

The biggest problem with this approach to life is that it is rarely understood.  Most people have their own centering that colors the world around them and creates a filter by which all reality is processed.  Most of that filter is cultural, or a learned behavior in which people ascribe motives and purpose in the way that they are used to.  A given person will tend to see the world in the way in which they were taught to see the world and will have trouble breaking out of it.

For people like myself, the bigger problem is that we live in a very selfish world.  The USofA at this particular point in time contains a dominant culture which is exuberantly existential, operating under the belief that all acknowledgement of reality starts with the self and goes out from there.  The existence of other people, ideas, and beliefs is put through a filter which first and foremost assumes that selfishness, the driving force of the dominant culture, is the main driving force for any individual – or at least should be.

Like anyone who wants to serve, my motivations are always subject to question by any given person who has little or no experience with someone like me.  There has to be more to it, because how could anyone be such an incredible sucker?   Why would anyone care about macro politics or economics except to the extent that it serves their own designs on the world?  The fundamental assumption is brazenly cultural, which only makes sense.  But when the culture is inherently selfish, even anti-cultural, how does anyone recognize those of us who only want to be useful?

The answer is simple – they don’t.  The simple act of being outside of one’s self and motivated largely by a need to serve the world puts a person at the fringes of a selfish culture and largely unable to be of service, even when it is needed most.  It is, at its core, a kind of revolutionary act.  It presumes that the existing order is irrelevant without assuming anything.

That’s where I often find myself.  My desire to bridge the gaps that I find between people, terribly cavernous and frightening, is made more difficult by a deep suspicion that there must be more to it than that.  The need for self-promotion to gain any attention in such a culture is far beyond my ability to comprehend, let alone achieve.

The calling is to bring some sense to a world that is self-centered far beyond sensibility.  What I have set out to do over the last five years and more is to simply write what I believe and have come to know.  Many of you respond and engage me in ways that have been far more wonderful than I can describe.  But the message is limited to this arena, a world defined by me as if it was nothing more than my sandbox.  The wider world demands more selfish and petulant cries for attention.

Something deep inside of me prohibits making it all about myself.  Here I am, nearly a thousand posts into Barataria, and finally, shamefully writing this.  The problem is that I know how this has all been perceived and yet I honestly don’t know quite what to do about it.