Home » Money » With a Moslem Beat?

Looking back through history may not seem like a good way to determine our future, but it’s all we have.  We can reasonably guess that if all the trends continue the current Depression will run its course by 2017, give or take a few years or a major meltdown. We can also be pretty sure that this current period of evening out between the developed and developing world will be followed by relatively low growth as working age populations flatten across the planet.

Where this gets tricky is the realization that Western finance, including stocks and bonds and constant price inflation, is not remotely set up for a low-growth world.  Something has to change.  The best recommendation any of us can make is what is working in economies built around sustainability and resilience today as well as strategies that functioned well before the great wave of industrialization.  And that’s where I’m going to start with a few suggestions and predictions as to how finance as we know it could change. 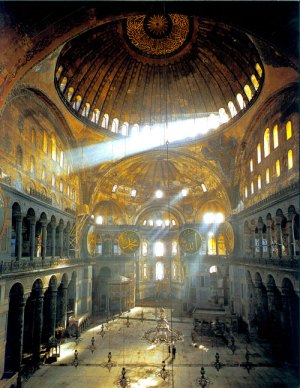 The first concept that I’d like to riff off of is the idea that the dominance of Western culture since about 1500 has come down a few “killer apps” that can be “downloaded” or adopted around the world.  Nial Ferguson’s “Civilization: The West and the Rest” is a thesis that is a bit too pro-Western most of the time, but it has a point – something went very right.  My counter to this as the world evens up through this Depression and into the bull market that likely lays beyond it is what I call “The Beatles Effect” – where trends that once defined us become dormant, are picked up elsewhere, and eventually come back to us reinvigorated.

This brings us reasonably to the international banking system, one of the great products of Western innovation in the 20th Century.  What globalized into “Too Big to Fail” morphed into “Too Big to Understand” and eventually “Too Big to Be Useful”.  Last December we witnessed global giant HSBC, a bank that has linked developed and developing worlds for 150 years (previously the Hong Kong and Shanghai Bank) move this to a new level.  They became “Too Big to Prosecute” when fears that true justice for their blatant money laundering for pariah states and drug cartels would cause them to fail and trigger a global collapse.  There is no better proof that banking, as we know it, has become more of a threat than a benefit.

But what could possible come next?  What could replace the models that demand constant growth, even when that requires the loss of morals and even laws?

The answer may well come from the developing world in the form of what we now know as “Islamic Banking”.  The Qu’ran prohibits charging interest, so banks were developed based on a partnership model rather than a wholly convertible securities model.  Adopting this is not an example of “creeping Sharia”, but more like algebra and the number zero – when the Moslem world has a good idea it’s best to take it.  The last time the West picked up such good stuff we had this thing called the “Renaissance”, and even picked up a few interesting concepts like “checks” along with the fancy math.

How might this work?  It’s not as wild as it sounds.  Small banks have been making a big comeback lately, seeing return on equity rise 223% since 2008.  Most of these work with an old fashioned method of managing risk, building partnerships in the community rather than relying on market forces.  They typically invest in what they can see – as Warren Buffett claims to do.

In a low-growth environment, banks that are partners with businesses and individuals will gain insight into their customers’ needs and work with them to be better.  Think of a Credit Union or a co-op that has an incentive to encourage its members to build skills and be wiser about how they manage money.  In a stable environment, the highest profit comes from those who can manage and promote stability, not those who take excessive risks.

In other words, big banks like JP Morgan and the Ponzi scams they run with Credit Default Swaps are a sign that their entire model has become antique already.

We can not only expect that everything we know about global finance is likely to be rendered useless – and may have been already.  More interesting is the fact that there is at least one other model that could reasonably take its place.  It just happens to come to us from a place we haven’t been used to copying for about 500 years or so.  Whatever.  That’s the beauty of history – while it doesn’t precisely repeat, it sure does rhyme like a street poet working to a driving, lilting worldbeat.