What charges can be brought against the biggest rogue traders out there?  The answer, apparently, is just about anything the SEC can get to stick.  After being humiliated in the US Senate and severely beaten to the punch by an aggressive NY District Attorney, they’re ready for action.  But they can be forgiven if the actual charge is a bit less than impressive – it comes with a lifetime ban on trading, if not a jail sentence.

It’s a start.  It comes about 5 years too late and may be a bit short of a landmark conviction, but it appears that a cadre of prosecutors and regulators are getting serious about doing their jobs.  Is it in time to save Wall Street? 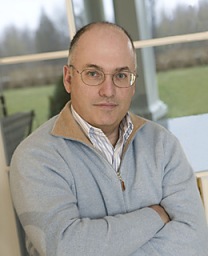 The big news is that Steven Cohen of SAC Capital is now under indictment.  He is a greatly feared man who puts Type-A personalities to shame with his aggressive style and constant scouring of the market for even the tiniest edge.  Naturally, everyone has assumed that insider trading or something else dirty was part of the picture.  That, and everyone felt that life would be better if somehow he was taken out of the picture by an investigation, seasoned with a sprinkle of jealousy.  He’s also been called a “bully” and a “tyrant” by people who used to work for him, many of whom have become enemies.  If the SEC can’t get the dirt on a guy like this, who can they get it on?

Sadly, however, the indictment is for “failing to oversee employees engaged in insider trading.”  “Hedge fund managers are responsible for exercising appropriate supervision over their employees to ensure that their firms comply with the securities laws,” said Andrew Ceresney, the co-director of the SEC’s enforcement division.  If that doesn’t seem like much to take down a giant, it isn’t.  John Coffee of Columbia Law School was amused by the tactic, saying, “This is a little like catching John Dillinger entering a bank with a submachine gun and charging him with double parking.”

What matters is that Cohen could lose his license over this, piddly as the charge seems.  And it’s also important that the SEC, however late they are to the party, appears ready to take on the Big Boyz.

The issue at hand are the insider trading cases filed against two SAC Capital portfolio managers, Mathew Martoma and Michael Steinberg.  Those weren’t filed by the SEC but by the Southern District of New York and its now-celebrity US Attorney Preet Bharara.  His action against Wall Street landed him on the cover of Time Magazine last year, and there is no sign that he intends to let up.  His office is now the central clearing house for putting Wall Street playahz behind bars, and there are signs that he’s only going to become more aggressive.

If you don’t think that professional jealousy is a good motivation for the SEC to finally step up and doing something you have to see the pressure they are under.   Last February, Sen Elizabeth Warren (D-MA) first started making waves in Washington by calling in the Federal regulators and asking a simple request – “… Tell me a little bit about the last few times you’ve taken the biggest financial institutions on Wall Street all the way to a trial.”  She was met by a sober silence that she frankly expected – because none of these cases had ever gone to trial before.

It doesn’t get much more embarrassing than that.

So is the SEC finally going to put Wall Street rogues behind bars?  The short answer is no, but they clearly are going to start having a strong bias towards not looking bad, er, taking some kind of action.  Whether or not they can make the charges against Cohen stick, or even come to trial, remains to be seen – and it is a very weak charge at that.  But in taking on Cohen they are going up against one of the biggest names in trading even if his long list of enemies makes him a pretty easy target.

If you’re looking for someone on Wall Street to be made an example of, this probably isn’t the case to watch.  But Bharara is still out there seeing what he can bring to bear after a long investigation.  In the end it doesn’t matter to the public who is brought to responsibility for turning Wall Street into an insider’s den, or even who does it.  What matters is that the prosecutors are circling.

This is the first battle of a long war to restore public trust in Wall Street.  It’s not at all clear where the battles will be fought or who will emerge a hero.  But that doesn’t matter, as long as the battle is finally engaged.  Make popcorn.

7 thoughts on “Cleaning Up Wall Street?”