A New Year is almost upon us. Like a clock striking twelve, the year changes in the middle of the darkest time, long after anyone wise has gone off to bed. The only good reason to be up at this time is that you have too much on your mind and need to put it away. That’s the dark soul of so many New Year’s resolutions.

There are a lot of things I need to do to get my own life in order. If you’re not the kind of person who likes to read about other people’s problems just skip this post. But many of you might be able to help or at least add suggestions of your own. I’d like that. This is as personal as I’ll get in this humble blog. 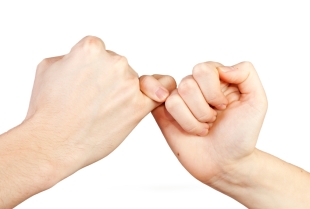 I’m going to call these “promises” rather than “resolutions”. I want to promise things to myself with you as a witness. As a person low on resolve but much better at keeping promises to others it’s a matter of mindset. So here are my promises:

I will find full time work. Many of you know that I’m good at surviving from one day to the next, picking up work where I can. It’s something that anyone can get far too used to, scrambling constantly. The problem is that it takes more work to get work than to do it most of the time, which is just plain silly. I want to find a position where I can focus on one thing and do it – without worry.

I will be paid to think. I’ve had many jobs over the last few years, but none of them were ones where people paid me to use my own head. It’s always been about what other people tell me to do, and thinking too much about what they wanted has always landed me in trouble. I can’t do that anymore. It makes me cautious and anxious about every assignment, wondering if I understood what I’m supposed to do properly. That’s not my strength at all. I’m a thinker, and there have to be jobs out there for someone who is more than a cog in a machine.

Tough guys don’t talk about themselves, but that means you have to actually be tough.

I will tell my own stories. The best work I’ve had is always telling someone else’s stories. Ghostwriting, web content, and similar gigs are something like therapy – you get your client to spill their guts and then organize it and send it back to them in a coherent narrative. I’ve learned a lot about how to tell a story, but there’s only one problem – my stories are usually more interesting than my clients’. If people want a good story or two, they should hear mine. There has to be some payoff to having been around a bit.

I won’t be afraid to brag. People are expected to talk up their own abilities and strengths. I have never been able to do that, preferring to let my work speak for itself. That can’t possibly get me anywhere in the noisy, bizzy world. When I do brag about myself, it usually doesn’t work very well – probably because there is a socially acceptable limit as to how far you’re supposed to go. I’m sure I’ll cross that line a lot but there’s only one way to learn this stuff.

I will engage. I’m an empath. I read things from people that I know they don’t want to talk about, but I’m never sure just what it is they might be hiding. The thing is that this can be overwhelming and stops me from engaging with people who have good stories that can be pried out of them. The trick I use is to always speak easily about my own issues when asked, but that has its limits. It’s time I was less subtle and stopped being afraid of being overwhelmed.

What is my dream job for the next year? It’s to keep writing. I have to land a gig where my main job is talking to people and writing, synthesizing many different perspectives and maybe a bit of data. In addition, I have far too many short books in my head that simply need to get out, and those are working their way through nicely. That could become my one job if I can only get a good start at it, definitely an option. But I need a regular job first that will pay the bills unless I can find a patron that will give me a chance to get started. I would also be very happy going around talking to strangers and synthesizing their stories with them, something of a new version of “Olver Towne” for Pioneer Press readers who remember Gary Hiebert.

But that’s what I have to start doing. Any additions?

6 thoughts on “Promises to Keep”