Janet Yellen completed her first day of testimony on Capitol Hill as Chair of the Federal Reserve. While the event was historic, it was remarkable mainly for how unremarkable the actual testimony was. There is a great deal of continuity in the Fed from Bernanke to Yellen, who both have very similar approaches to both policy and communication.

What was left unsaid was probably more important, however. We live in a time with a very active Fed which is taking a bigger role in the economy than any central bank in US history. But congress appears to be very comfortable with that role and very willing to let Yellen do what she does best – place a firm hand on the tiller and guide the economy as close to full speed ahead as it can chug along. 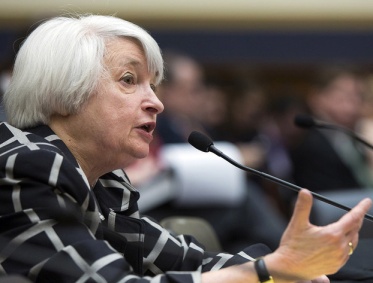 We didn’t learn an awful lot new from Yellen’s prepared remarks. It was all generally positive, if tentative, which is about all anyone has been able to say about the economy we have today. “Since the financial crisis and the depths of the recession, substantial progress has been made in restoring the economy to health and in strengthening the financial system,”she told Congress, but, “Still, there is more to do.” The details can be summarized very quickly:

Yellen did not defend the Fed’s decision to “taper” their bond-buying program this year, but did emphasize that unemployment remains unreasonably high. She did state that there is no unemployment target, previously speculated to be a target of 6% or less. All these numbers and targets, however, were not the most interesting parts of her testimony. 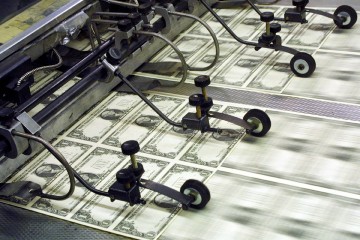 Her openness and clarity is in stark contrast with Alan Greenspan, once famous as an oracle who made a point of never speaking clearly about anything in front of Congress. He even had an aide hold a laptop with the live stock market traces, just in case he accidently said something that moved the markets and could make a quick correction. Not so with Bernanke, who was always open about targets and policy without a care as to how it went down. Yellen is pursuing the same path, and clearly it is what the world has come to expect.

The other very interesting part of her testimony came after the prepared remarks, when the members of Congress had a chance to ask questions. There is no way to describe this Fed as anything but activist, taking a much more visible and dynamic role in the economy than it ever did before 2008. All the questions were essentially softballs, save a question about auditing raised by Rep. Bachmann (R-MN). Yellen easily dismissed it, saying, ““Almost every aspect of our financial affairs” is already audited by the GAO. “What I don’t agree with and would strongly oppose is interfering with the independence of monetary policy by bringing political pressures to bear.” And that was that.

This is especially remarkable given that by any measure the bond buying (aka QE3) and net zero Fed Funds Rate is in contrast to an estimated 1% calculated as a reasonable and typical level. Yellen is comfortable playing a much bigger role in the economy and goosing things as much as possible – and Congress has clearly given this their tacit acceptance. 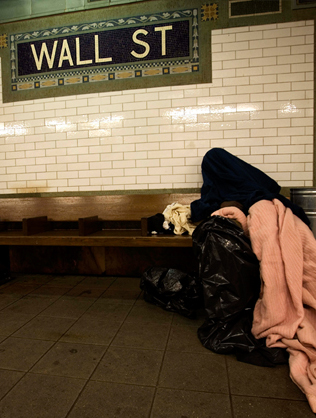 Yellen did step back from a more active role in response to two questions. Rep Hinojosa (D-TX) asked about income inequality, to which the Chair replied, “It’s one of the most important issues and one of the most disturbing trends facing the nation,” adding that “Rising inequality is partly a matter of a weak job market that we are trying to address.” In other words, we are on it already as best we can be.

Asked whether the stock market is becoming a bubble, she dismissed the question saying “Our ability to detect bubbles is not perfect, but looking at a range of traditional valuation measures doesn’t suggest that asset prices broadly speaking are in bubble territory.”

In short, the Fed is piloting the economy and Congress largely didn’t object. The stock market seems to approve, too, with the DJIA responding favorably – where it had been down as much as 6.5% this year, it’s now down only 2.7% after a post-Yellen rally.

The open, activist Fed seems to suit everyone’s needs right now and hardly anyone is complaining. It’s good to know that someone is in charge that has a plan and knows what she is doing. But let’s not forget that the Fed has a limited number of tools they can use and is definitely not elected by anyone.