The Congressional Budget Office (CBO) report has a simple title, “The Budget and Economic Outlook: 2014 to 2024”. If the whole thing sounds about as cut and dried as possible, you’d be completely wrong. After all, the is the US in 2014, a place where absolutely anything can become a political football. A nonpartisan report from a respected institution which is full of detail and hard to read makes a perfect game ball.

The last week has been nothing but back and forth on the topic of how many jobs are destroyed, er, left behind with glee because of the Affordable Care Act (aka Obamacare). Nevermind that the bulk of the report was indeed a warning about what will happen if we don’t straighten the budget out in the next decade. That’s hard work, however, and no one will look good on teevee talking about that. So let’s get to the garbage that filled the airwaves instead.

Like it or not, Dr. Obama is in da house!

What we know won’t happen: Obamacare is not going to increase unemployment by up to 2.5M jobs lost. That was the most immediate spin, and it’s simply not true. What will happen is that people will quit jobs and reduce their hours because, for the first time ever, they can. They will leave jobs or cut back to part-time that they were only working at for the insurance, which they can now get elsewhere. Workforce flexibility is only a good thing in the long run.

Those jobs will not go unfilled, given the unemployment we still have. The total number of people working is unlikely to change because there are more workers available than there are jobs. So any pronouncement of lost income, productivity, or anything else is likely to come out in the wash of the statistics.

More importantly, there was fertile ground in the CBO report for anyone who wants to assail the cost of health care and the looming crisis it will cause in the budget. Sadly, the oncoming crisis in Medicare has been shown to be a good way to scare seniors, so the Republican party isn’t interested in touching it again. The obsession with Obamacare is also apparently more fun for them. 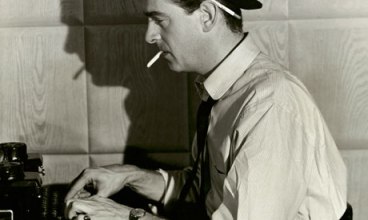 Reporters used to not believe what they were told. Are the Good Ol’ Days back?

It seems that the popular media, for once, was on top of the story and was able to leap quickly. That probably was not because of any action by Democrats, but more from the big number of economists and even Wall Street investors who read at least the summary of the report and realized how ridiculous the spin had become.

If there is one important, lasting story out of all this mess it’s that the press no longer trusts the Republicans and their machine to tell the truth. That’s important.

How can we get past the point where an important projection of the opportunities and challenges of the next decade is a call to action rather than more (cowpuckey)? It’s hard to say, but it’s worth a try. There’s a lot in that report that we need to worry about and it’s largely been discredited by the nonsense. That is what has been lost in the rush to make it one more toy for use in the game.

I can’t answer that question today, but the loss is a significant one. We do have a crisis over the next 10 years that is created by a budget that is structurally out of balance. The sooner it is fixed, the better. An improving economy gives us the tools necessary to do it, but it has to be done. So why not get to it right away?

Because it’s more fun to play games, apparently. But those games aren’t producing anything like the results they are supposed to. People are actually reading long, complicated reports. The press isn’t really buying the nonsense that it used to.

Perhaps there is a lot of good coming out of this sorry episode after all.