How much faith do you have in the institutions that make up our world? According to a recent poll, people don’t have a tremendous amount of confidence in most of the somewhat organized systems that make up daily life in the US. That dissatisfaction is disturbing if you think about it, but it’s also perfectly natural.

The Barataria line of reasoning is that we are in an economic depression that won’t end until there is a significant restructuring in just about everything that we depend on – and a whole new economy and perhaps social arrangement takes the place of the one that failed. If nothing else, it goes without saying that we are living in a time of tremendous change and something as rigid as an institution or industry often changes much slower than the world around it.

Whatever the case, dissatisfaction points to more upheaval ahead – and perhaps opportunities for entrepreneurs who can re-imagine these institutions for a new world.

No, they don’t use clipboards anymore.

The Gallup poll of 1,027 adults took place from June 5-8 2014. They were asked a simple question after the demographic details were noted – “I am going to read you a list of institutions in American society. Please tell me how much confidence you, yourself, have in each one –a great deal, quite a lot, some, or very little.”

The key results are given in the table below, with the total percentage answering either “a great deal of confidence” or “quite a lot”: 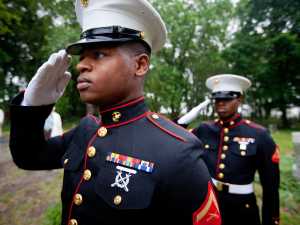 We salute you, too!

Only three institutions garner the strong support of a majority of people – The military, small businesses, and the police. The list falls off them there hitting bottom in more ways than one with Congress at a pathetic 7% displaying confidence. It begs the obvious question, “Does 7% of the population work for Congress?”

Kidding aside, it’s easy to find these results depressing. The election looks pretty good for Democrats if you focus on the poor showing of Congress, but not so good for them if you see that the traditionally bulwark conservative institutions have the highest support. To get out a message of change, you’d have to rely on some kind of media outlet – with newspapers leading the way at only 22% confidence.

But consider what we’ve all been through the last 14 years or so since the secular bear market (or depression) started. Back then almost no one had internet news, and two of the most expensive wars in our history were still in the future. Health care wasn’t awaiting a major overhaul, and Congress actually passed a budget every year. 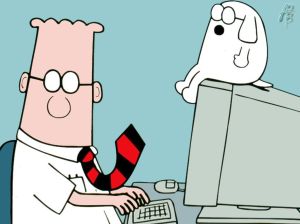 Change isn’t to be feared, it’s to be fought with everything you have.

Given the pace of change it’s only reasonable that the institutions that we rely on don’t garner the heights of confidence. Large organizations usually cannot change rapidly, given that they develop efficiency by reducing tasks to a simple, rote procedure. You can’t change just one part of the operation without it affecting everyone, which means that everyone has to be on board to do something different than they have been doing for years.

This poll points to continued upheaval at all our institutions, at least the ones that actually respond to the handy feedback forms and polls like this one. Those areas where change is the hardest are also very open to new operations starting from scratch to take advantage of new technologies and structures.

A lack of confidence in everything that makes up our world is not a good sign at all, unless you are part of a new generation ready to remake the world in your own style. That is very likely to happen, too, based on these results.

Prepare for even more change as the restructuring and change only take off. This poll shows there is a lot of room for improvement, which is to say a lot of opportunity for those who move first and fastest.