There is little more important to the US economy than the price of oil. In the last year, about $500B of gasoline alone was sold at gas stations across the nation, with another $180B in other fuel oil – about 3.9% of total GDP.

Despite its importance, no one is willing to predict where the price of oil will be in the future. The Economist said “If your correspondent could forecast that, he would be on a yacht reading The Economist rather than at a desk writing for it.” Indeed. It seems like a task for an idiot to even try, as Barataria has several times in the last year. We were so wrong about it that it might make sense to bet heavily in the opposite direction.

Low oil prices appear to be here to stay, at least through the year. The implications are worth talking about, even if we can’t be sure what happens after that. 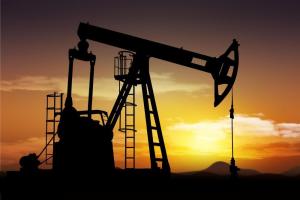 The problem that oil has is not so much a glut in output, although in 2014 the US tapped enough to steal the crown for top producer spot. Our 11.75M bbl/day is more than number two Russia’s 10.93M bbl/day and Saudi Arabia’s 9.52M bbl/day. But consumption is down for many reasons, including a general slowdown in China and Europe and improved conservation in the US.

This has given rise to the largest number of days’ worth of stored crude inventory since 1985, now standing at nearly 30 days worth. It’s spiking upward, too, suggesting that we can expect it to top the record 34 days very shortly. The signs are all for even lower crude oil prices in the near future. 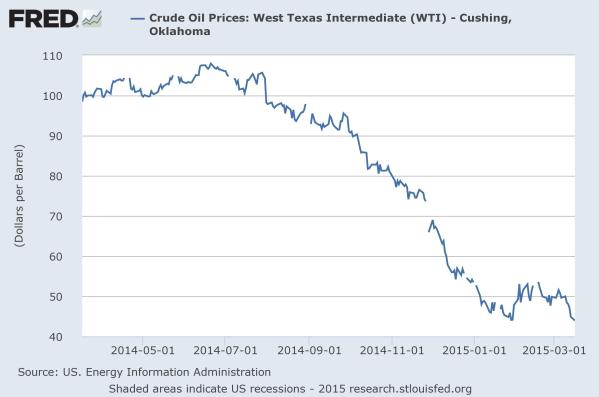 West Texas Intermediate (WTI) oil, a benchmark grade, over the last year in $/bbl. Chart by the St Louis Fed.

What can possibly put a stop to the collapse? Two things stand out immediately. The first is that oil companies in the US are laying people off at a rapid clip, with over 100k jobs lost already in major drilling operations – about 10% of the entire workforce. Layoffs are expected to continue through the year as new wells are simply not being sunk.

The second are sanctions against Russia, which are expected to continue through 2015. They anticipate a loss of about 10% of their total volume of oil due to the sanctions.

The Fed Open Market Committee, which sets interest rates, set off a lot of speculation by removing the word “patient” from its interest rate forecast for the year. When pressed to give her best Alan Greenspan impression at the news conference afterwards, she told us, ‘I am no Alan Greenspan’. Actually, she said, “Participants are now seeing more slack in the economy than they previously did,” which is to say that there may be reasons to raise rates in the future but not now. 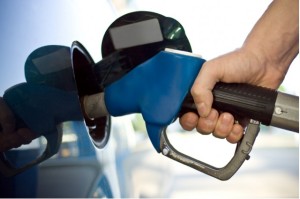 Why not now? There is no inflation at all and we have to see how this affects the job market. Lower gasoline prices do help everyone else, with more money in their pocket after filling up, but given that we can’t predict how long it will last we can’t predict an awful lot about the direction of the economy anymore.

In the short term, however, there is no inflation – and cheap oil is the main reason.

One feature stands out as a simple observation regarding the pump price of gasoline here in Minnesota. A year ago, you could predict the price of gasoline by taking the price for WTI grade oil in $/bbl, and applying the formula WTI /(42 gal/bbl) + $1.00 = [Pump Price]. The extra dollar was the sum of refining, transportation, retail, and taxes. That seems to have gone up to $1.20 today, meaning that either the refiners, retail stores, or more likely both are making a little more on the stuff. 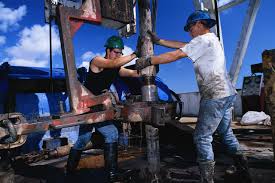 While we can’t say much about the future of oil, we do know that everyone from the Federal Reserve to big drilling companies is counting on the price staying low for some period of time. It’s the only bet that anyone is making in the field right now, and it seems like a reasonable one.

The biggest threat, aside from US jobs, will be to US energy independence if we do indeed cut back production before we see a rise. This may be a good time to step back a bit and invest in the infrastructure necessary to transport and drill safely and cleanly. By the time you read this the Obama administration may have announced new rules for fracking that could clean up the operation. The drillers will squawk, but a pause in production will make cleaner oil easier to implement.

Where is oil going? The next time we talk about a US oil boom is likely to be a long time from now. But maybe we’ll be well ready for it this time and do it right. Meanwhile, all bets are off on oil prices beyond 2015.

If you like this blog, please vote Barataria “Best Weblog About Politics” in the 2015 Bloggies.  It only takes a few minutes.  Voting ends 22 March!  Thank you!