Sen Bernie Sanders (I-VT) isn’t given much of a chance to become president by anyone, including his supporters. He isn’t photogenic and he isn’t a charismatic orator. But he has an appeal among many voters, particularly those with less than a third his 73 years of life. How did this come about, and why are so many people dissatisfied with the nominee apparent, Sec. Clinton?

The answer appears to come in the definition of what we call “generations” – a concept that actually has more to do with the economic and social climate someone is born into and nothing to do with their parents. This may tell us something about the rate of social change we can expect in the next few years, too, as this depression finally ends and opportunities open up for young people. 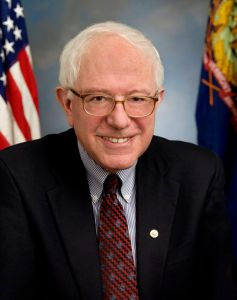 What is Sanders’ appeal? He is the only truly unapologetic “progressive” running for president in a time of great change and upheaval. In the words of his own campaign website:

The American people must make a fundamental decision. Do we continue the 40-year decline of our middle class and the growing gap between the very rich and everyone else, or do we fight for a progressive economic agenda that creates jobs, raises wages, protects the environment and provides health care for all?

But why now? What’s different about today than the other 40 years that Sanders claims there has been a decline?

It’s going to be their world, probably all at once.

The short answer is that the time is right for change and the experience of young people, those with the desire to capture this changing world and make it one in their own image is probably reaching a crescendo. To understand requires a strong half-step back at what we call a “generation”.

The definition has nothing to do with your parents. A mother’s average age at the birth of a child is now 26 years, but a “generation” lasts about 17 years. They don’t even come close to lining up no matter how you try to make them.  Here is a short table of commonly accepted definitions of a “generation” in the US:

As discussed at greater length here before, these fit much more closely with economic cycles than with the age of our parents. It’s not at all a matter of who we were born to but the times we were born in. The experiences we have as young people shape our attitudes – and then stay with us as we move from the dynamic first experiences of youth and into the routine habits of a person with much less energy. 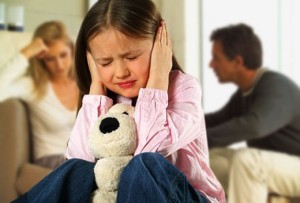 What parents fight about most is money. Economic cycles have a lot to do with the quality of family life for many kids.

Consider, for example, how your parents get along. Do they work long hours? Fight about money constantly? Perhaps break up and move far away? This has a lot to do with the economic situation and their needs and ability to find good work. Kids who grow up in bad times grow up in more austere households – and possibly in families that constantly struggle.

As we become older and more settled, the attitudes and habits of youth settle in. Social change is often led by the young for a very good reason – it is their world to master. Sanders’ estimate of 40 years of decline? I would argue, as I have before, that there has been 50 years of decline, at least in terms of income inequality and opportunity for working people. His point is actually a very conservative one, fitting his age – “Why isn’t there opportunity for today’s young people like the opportunity we had when I was their age?”

The answer comes from looking carefully at economic cycles, which influence our attitudes about how the world is and should be. Periods of great change in the economy are often peaks in social upheaval, following each other. If economic cycles are a sine wave, social change follows a cosine – it reaches a peak at times of greatest change.

That is the appeal of Sanders. No one expects that he can possibly win, but his point has a resonance among the youth of today that will carry through beyond the next election. Great change begs for an organized democratic society to master that change somehow – to make it work for the people who have to live with it.

No one person can change our systems overnight. We do not live in a dictatorship. But there is a craving for new leadership that speaks honestly and openly to what has to be done. Can Sec Clinton deliver that change?

Many young people would argue that she cannot, that she does not have the right mindset. But if her cabinet includes Sen Warren (D-MA) as Secretary of Treasury and perhaps Martin O’Malley (D-MD) as a Vice President in charge of major government overhaul, we are looking at something dramatic. Give Robert Reich a good economic post as well (more on him later) and perhaps Gen Wesley Clark as the first Secretary of Defense with strong military leadership with a charter for wholesale reform and we have a new generation ready to re-make the system.

But that’s not what we have now. Young people, reasonably tired of the same, old same-old want radical action. The niceties of assembling an entire executive branch are lost in a hunger for genuine change. Sanders speaks to it well and provides the leadership that they crave.

That desire for change is hardly radical in many ways. The times are ripe for it – indeed, change has come in ways that has generally scared the Hell out of older generations, paralyzing them in fear that bubbles out as anger. That backlash has largely played out, or at least will as they retire and eventually die off.

In the end, economic cycles are indeed about how we forget the lessons our grandparents taught us. As surely as those who remember the Great Depression well saw another depression arrive just about the time they retired, the generation that arrives afterwards has to take control of the world. Sanders is the catalyst for forming their loose collection of ideas into a connected movement.

This is their generation’s calling. There is nothing radical about it, given its predictability. Where exactly it goes is up to the young people who are about to remake the world in their own image. It’s up to the older people, like myself, to provide some leadership to guide it and make it happen in a constructive and genuinely open way – the way a democracy demands it must happen.

Sen Sanders is doing his part. He won’t be President, no, but he is fulfilling his role admirably. And it is only right that this plays out because it is, indeed, very much time for it to happen.

This post contains many links to more in-depth examinations of the topics presented.  Please follow them if you have any questions about the reasoning.  Thank you.

16 thoughts on “A New Generation’s Time”