With the election about to start winding its way through the nation in primaries and caucuses, can we start predicting who will win mathematically? The surprising answer is yes, we can take a stab at it – or at least lay down what to keep an eye on based on a few models. And the wonks of the nation are responding with perspectives and tools that allow us to do just that.

The short answer? The electoral map still heavily favors Democrats for a lot of reasons. But that doesn’t mean that things can’t change or that the nation will find a way to defy the models. No matter what, however, it doesn’t look good for Republicans based on the 2012 results, Obama’s popularity, and demographics that turn against them every election cycle. 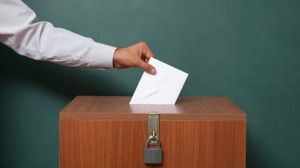 The most interesting and fun tool for prediction comes to us from the reliably interesting and fun site fivethirtyeight.com. Their analysis breaks the electorate down into bite-sized chunks that can be measured in each state to predict just how everything will come down, based entirely on 2012 results. You can then change the way each block votes independently of their turnout prediction to suit what might happen in 2016.

They use ethnicity as a tool for breaking down voters, a traditional if very Democrat way of doing things. The problem with this is that white voters comprise 70% of the total electorate, making them an impossibly large block by themselves. This crew takes the unique perspective of breaking them down by college educated and not, something that is hard to pick up in many polls. But the net share is still large, as shown in this chart: 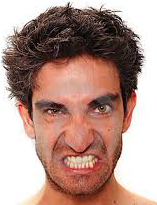 The difference between colleged and not is rather small, sadly, so this analysis feels lacking. Still, the tool gives us some interesting results. Note that Black turnout and loyalty to the Democratic Party is essential to a win, given how whites as a block voted for Romney in the last election. Drop off the black turnout and Democrats have a problem.

If the Latino vote mirrors the Black vote you will find that Texas suddenly turns Democratic. That could happen out of fear of of Trump, after all, which shows why Latino outreach has always been a good idea for Republicans. Nevermind that brave idea – the key right now is to not scare them to the polls. Texas could indeed turn blue this time with the wrong candidate. 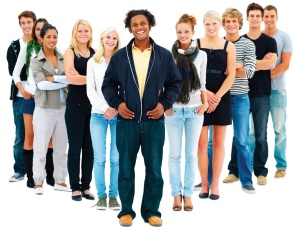 Away from the fun of this tool, however, the breakdown remains puzzling. As the Millenial generation comes of (voting) age we can see a stark pattern emerging – that they are nearly 2:1 likely to vote for Democrats, as opposed to aging Boomers who are 3:2 likely to vote for Republicans. If the breakdown came along generational lines, with Boomers and the older “Silent Generation” mashed together, you’d have a split of the 70% white vote into something more like 30/19/21 with Gen-X and Millenials standing apart.

Turnout among the young is hard to predict, but they showed up in a big way in 2008 and 2012. If that keeps happening, and Sen Sanders does his part to keep them engaged whether he is the nominee or not, the map starts looking mighty blue.

But we don’t have a fun model to play with to give anyone solid numbers.

No matter how you look at it, however, this is likely going to be a good year for Democrats. What matters more at this stage is how the Senate races come down in each state. Of the 16 or so that are potentially contentious at all, there are a solid four which could easily flip to the Democratic side in a landslide year – Florida, Illinois, New Hampshire, and Wisconsin. If North Carolina, Ohio, or Pennsylvania join that list the Senate is unquestionably going to change.

Based on the tool we have from fivethirtyeight, this is possible. And those are, as always, the best states to watch.

What will November bring? It looks like a great year to be a Democrat, barring something really awful happening. Obama’s approval rating is net positive now and the economy does appear to be picking up. Even without those factors the Republicans have a very tough road ahead of them at best.

31 thoughts on “The Democrats’ Year”