If you have watched the Republican debate, there’s a good chance you’ve already asked yourself, “Is this any way to elect the leader a democratic republic, the strongest nation in the history of the world?” And yes, technically the system we have is a way to do it, even if it isn’t a very good one. Billions will be spent, a lot of frothing and excitement will be expended, and in the end we’ll have a result.

But is it possible that the result is already, more or less, in the can?

Moody’s Analytics, better known as a consulting company and research arm for large financial institutions, has made their predictions for every state in every election since 1980. They’ve gotten it right 406 out of 459 times (DC counts!) for a success rate of 88%, and they do it with their own methodology – by looking at economic conditions. This year, the call the Democrat in a squeaker. 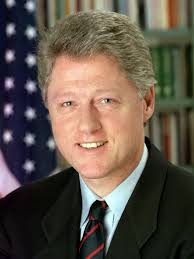 If you remember back to the days before we had a Clinton in the White House, which also may be how we look back on today, you may recall the mantra of 1992 – “It’s the economy, stupid”. That was how Bill engineered a win over incumbent George HW Bush in the first meeting between a Bush and a Clinton. It was all about the economy, which wasn’t so great then.

Moody’s has made a point of calling every election well in advance over just this issue and as it stands right now they see on a state by state basis a decent economy in most of the big states will carry through for the incumbent party – in this case the Democrats.

But there’s a catch this time. As we write all the time, the economy is not bad but it’s not great. Hard to call a big win for anyone.

Their analysis right now has the Democratic nominee, whoever that may be, with an advantage in the electoral college of 270-268. That’s hardly a strong endorsement, but the model can be refined as we get closer based on the economic conditions at the time. Their success over time shows that this is indeed how people vote and while there’s an unusual amount of wiggle room this time around things look good for the party in power. 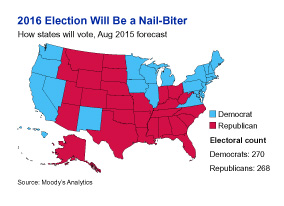 How does that work? The economy is strong in all the traditionally Democratic states, plus a few of the swing states. Virginia, in particular, is predicted to go with the incumbent party in a close vote – a mere 50.2%, which could swing the other way pretty easily. Then again, the same small swing the other way and the Democratic nominee will pick up Ohio and Florida for a 317-221 rout for the Democrats.

Is it really that close?

If you base everything on the state of the economy, which appears to be a good predictor, the tepid growth and opportunity that we see today is indeed hard to call overall. Break it down state by state and the results are no different. We live in a time that is neither good nor bad, more of a muddle through it all. And the election is likely to reflect that just as everything else does. 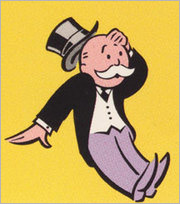 Now, longtime readers must know how ridiculous Barataria finds it to give the President credit or blame for the state of the economy. No matter what you read in the dark corners of the internet, as repeated by your bitter friend, we do not live in a socialist nation. While the Federal government does have a solid 20% stake in the economy, the other 80% has it’s own thang goin’ – and any long term analysis of trends in employment and income utterly refutes any political analysis.

We’ve had our successes and problems with us for years at this point. The guy at the top hasn’t mattered much at all.

It’s also a Barataria mantra that this election is going to give us a new leader at a time when everything is likely to change, for the better, so whoever does pull this out is likely to look like a genius when the 2020 re-election rolls around. If the betting money is still good, that means that it might seem to matter if there’s a woman at the top.

For now, however, we can watch the strange show being put on and relax knowing that as bad as it all looks it may not make any difference. It really is just an expensive show if you believe Moody’s Analytics.