Home » Money » The Only Thing We Have to Fear

By the time you read this … Barataria says that far too often. Given the publication schedule at the start of each MWF, at midnight UTC, this blog often comes out before the news hits. The Employment Report from the Bureau of Labor Statistics (BLS) will be out in just a few hours and it will be important.

This is, after all, an election year that has opened with a strong downturn in the stock market and a general feeling of panic. Money and politics have intersected in at least one critical way – people feel lousy about the future of both. But should they? And will they keep feeling lousy through November.

Our standing prediction is that sometime in July the economic future will look a lot better – which is to say just about convention time. And that better feeling may start with the BLS jobs report tomorrow – if only because it’s starting to look like the stock market is ready to believe good news.

Construction is picking up along with everything else.

It’s best to start with the prediction for the BLS report, which should show a net gain of 230k jobs. Where does that come from? It’s the ADP report which came out earlier in the week at a gain of 213k plus a small allowance for a net gain in government jobs (not included in ADP) now that public finances are looking better. It’s the best guess we have and that’s about that.

The headline unemployment rate should fall to 4.8% or even a notch lower, but it still won’t matter. U6, the real unemployment number, will fall to 9.7%. A certain candidate known as Drumpf will claim unemployment is some utterly random number above 20%. 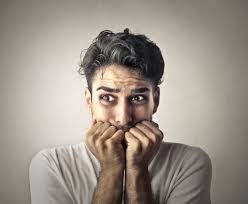 What are we afraid of? Failure or each other?

With the predictions out of the way we can see how this compares with expectations. At a mere 190k or so the BLS report should be considered good news. That could be taken as bad news, given that hikes in the Fed Funds Rate are no longer priced into anything, but it probably won’t be. The stock market is shaking the blues – finally.

The Volatility Index (VIX) is actually a measure of “implied volatility”, or the potential for the market to change a certain percentage in the next year. It’s usually taken as a “Fear Index” because fear of stocks dropping a certain amount always dominates the hope they will rise that amount. Nevermind all that. A low VIX is a good thing.

Fear is subsiding, if slowly.

But if you want some serious hope, look no further than Warren Buffett’s annual letter to his shareholders. As the dean of American investing, his feelings have to count for something, don’t they? Here’s what he said on both the economy and the election: 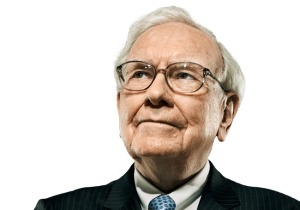 It’s an election year, and candidates can’t stop speaking about our country’s problems (which, of course, only they can solve). As a result of this negative drumbeat, many Americans now believe that their children will not live as well as they themselves do.

That view is dead wrong: The babies being born in America today are the luckiest crop in history.

American GDP per capita is now about $56,000. As I mentioned last year that – in real terms – is a staggering six times the amount in 1930, the year I was born, a leap far beyond the wildest dreams of my parents or their contemporaries. U.S. citizens are not intrinsically more intelligent today, nor do they work harder than did Americans in 1930. Rather, they work far more efficiently and thereby produce far more. This all-powerful trend is certain to continue: America’s economic magic remains alive and well.

Keep an eye on this trend because we’re on track for a much more positive attitude before November. And that will be a defining feature of this election, especially as Republicans keep trash-talking the state of the economy – in the face of increasingly good numbers.

The only thing we have to fear is fear itself, after all. Fear is what fuels irrational support for irrational demagogues who tap into it. And that fear is just beginning to turn the corner.

14 thoughts on “The Only Thing We Have to Fear”