A bizzy weekend of Robotics makes it a good night for a repeat, this from 2014.  With the Democratic Debate in Michigan the topic is very timely, too – Michigan has more FIRST Robotics teams per capita than any state and is clearly pushing this as a way to encourage a good future.  Industrial Arts?  The past and the future of Michigan, for sure.

If you have any fear for the future of America, visit a FIRST Robotics League competition. Your worries will simply melt away.

Three days with my son’s team (2491 No Mythic) at the Northstar Regionals, where we were knocked out in the Finals, constantly percolated with passion, grace, and ingenuity. The 800 plus high-schoolers in Mariucci Arena, and another 800 next door in Williams Arena, redefined competition beyond the unique sport that is something like hockey with robots. These kids make things happen and realize their visions together. As enthusiastically as they learned by doing, however, their drive showed that something might be missing from their school experience.

Call it shop class, call it “technical education”, use whatever words you want. These are the citizens that will make the world of tomorrow in their image, if only they have the tools to do it. That cries out for a revival and resuscitation of the Industrial Arts in a way that I have never seen contemplated before. 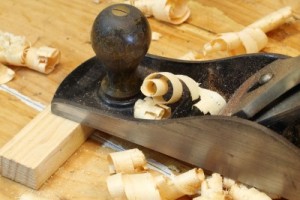 Industrial Arts – it’s not just for the 19th Century anymore!

The term “Industrial Arts” was developed in the late 19th Century to describe a well-rounded vocational education. Kids streaming into developing High Schools throughout urbanizing America were often put into two tracks – one vocational, leading to a job, and the other rhetorical, leading to college. By 1900 a core curriculum of skills was assembled for every young man (always men back then) who wanted to land a skilled job in this nation that made things. It helped define and shape the blue collar life, a step above exploitive poverty, as much as labor unions.

The concept evolved through the 20th Century, especially as technology progressed. It also devolved into “shop class”, often thought of as a lesser calling below a well-rounded liberal arts education. By the end of the century it had become almost completely extinct in any organized form. Periodic calls for more vocational training in school are usually met with a hot fury along the lines of “You think our kids aren’t good enough for college?”

The arguments for and against an Industrial Arts education are both wrong. Every visionary needs the skills necessary to render the new reality they want to create.

The Robettes of Visitation School, who won the Regional at Mariucci Arena

Robotics League is full of kids who will go on to careers in engineering, sciences, and general entrepreneurship in ways we hardly have language to describe today. They may or may not make parts in a machine shop for a customer, but there’s a good chance they will need to prototype. Even if that doesn’t happen, devices they design might be put out to bid against a competition that knows how to shave costs in the manufacturing process. There are many reasons to understand how things are made in this world.

While you can learn a lot of these skills simply by doing in Robotics League or even on the job, a solid grounding in the fundamentals should be a top goal for any high school that wants its students to be ready for the next economy and set to turn their imagination loose on the world.

What are these Industrial Arts that the kids should know? The five original Industrial Arts have been augmented with new technologies requiring new skills. Here is a way of looking at them, organized somewhat historically but also in degree of technical difficulty. 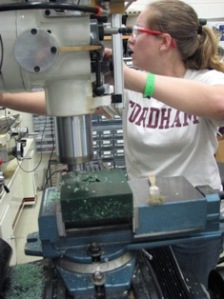 The future belongs to those who have the tools to make it happen.

Which ones should kids learn? Let’s start with a good understanding of all of them in a broad overview. A student might find that she has a real knack for welding or control systems and want to learn more, leading on to a focused advanced class. It may be for a career or as preparation for engineering school, or even just for the fun of knowing how things work in this world.

Let’s consider, too, what wonderful work kids could do as part of their education.  The first course might end with the building of a brick grill and hearth in a public park, the second at a public garage for people who can’t afford to have their car fixed, and the last with something truly innovative and new.

There is a hunger for skills that make a difference in the world today. Kids who can take pieces of aluminum and electric motors onto the field to smash into opponents can make just about anything. They do it together in Robotics League, learning the value of leadership, organization, and teamwork as valuable life lessons. But at the heart of it are those old Industrial Arts, the skills that turn vision into reality.

Set today’s kids loose with these basic technologies and the only reason to fear tomorrow is that they might build a world far too fantastic for us to ever understand.

One thought on “The Industrial Arts”