For Independence Day, I can never do better than this old story I love to retell as often as I can.  Enjoy the holiday!

The misunderstandings and suspicions melted away, as they always do, after a few litres of liquid bread that the Germans call “Bier”. Harald was very honest in his German way, a kind of honesty that was spelled out in long, silent pauses as much as words. “With all of these different people and cultures, what is it that makes you Americans?”

I swallowed my beer to give me time, and the perfect answer came to me:

“We hold these truths to be self-evident, that all men are created equal, that they are endowed by their Creator with certain unalienable Rights, that among these are Life, Liberty and the pursuit of Happiness.”

It was answered with another Teutonic silence, but the moment clearly demanded more from him. Harald dutifully complied.

I could tell that he wasn’t buying it, at least not for himself. But he had to respect a direct answer, and did.

in the 1990s, I worked for  six weeks in a small town in Germany where very few people had ever seen an American before. Burghausen is a place where everyone more or less knows everyone else, going back into the mists of time when their ancestors arrived.  I stood out without opening my mouth long enough to flub simple sentence construction in their harsh yet strangely cute language.

Listening in German was closer to my skill level, so I was forced to do that a lot.  One day I came to a the breakroom just as Harald was laughing about the latest directive from the US corporate office. Part of it really broke him up.

“With Americans, there are no problems, only opportunities.” he said with a laugh.  My colleagues kept laughing until I told them, “Yes, that’s right. Optimism is at the core of what we believe.” And there was silence.  The previous conversation over beer was sinking in.  They probably thought we were hopelessly naïve, but it all at least made sense.

That was my life as an outsider in a very small town in Germany.  I came to be known as “Der Ami” or the American because, simply, I was the only one many people had met in person.

Knowing I might represent my country to so many people, I became very careful. I took to calling it “Flying the Flag,” some self-aggrandizement born of loneliness and a little homesickness.   I did my best to dress well, tip well, and take a joke or snide comment with grace.   I also did my best to answer any and all questions honestly and completely. I wanted the good Volk of Burghausen to know that me and my people are at least decent. 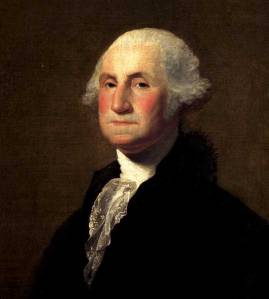 Independence was deliverance, and a reason to give thanks. But so were our precious civil liberties.

At work, I had to try a bit harder.  The locals were one thing, but my colleagues and I were forced by circumstance to share a little more.  Harald was especially fun not because of his warmth or charm but because of his skepticism. He forced me to think and explain.

I’m happy that I took my role as self-appointed ambassador so seriously.  I still believe that to “Fly the Flag” is more than just hanging out a piece of cloth on a pole – it’s the process of living up to both the common standards of decency and our highest ideals. It’s not exactly easy, but it’s absolutely essential. We are a people, and unlike so many other people that are defined by land and language we are defined by what we believe in. If we let our ideals down, we let our nation down.

It might sound like just another bar story between two colleagues who were forced by circumstance to understand each other. To me, it became a mirror. I’m not only a better person for it, I’m a better American. I hope we all have the chance to represent our nation sometime, even if just at some bar in a far corner of Germany. Holidays like Independence Day have much more meaning when you’ve tried to really fly the flag.