The tour guide at Independence Hall knew how to warm up the crowd. “What states have you come from to visit us here today?” “Missouri!” “New York!” “Minnesota!” We called out, mentally hi-fiving each other as we proudly called our names. Then, she shifted gears. “Who is here from another nation?” “Japan.” “Britain.” “Russia.” She stepped up to the last man and practically begged him for more. “What brought you here today?” Slowly, in halting English, the man from Russia proudly and carefully produced his words. “This is the birthplace of Freedom. This is where Freedom began.”

The previously bubbly Americans were silent and respectful the whole tour. This wasn’t just our hallowed hall, this was our gift. This was what made us a truly great nation.

On this Independence Day the birthplace of freedom stands divided as it has not been for a long time. We are at each other’s throats, fighting and scrapping for every small victory. No tour guide could shut us up and make us respectful – this is personal. What got us to this point? 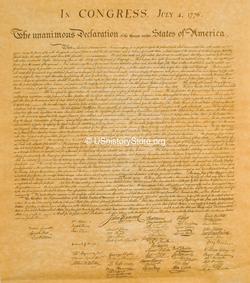 “We hold these truths to be self-evident, that all men are created equal, that they are endowed by their Creator with certain unalienable Rights, that among these are Life, Liberty and the pursuit of Happiness.”

This is our American catechism, our statement of faith. Anyone, anywhere around the world who can say this and mean it is, in their heart, an American.

For decades after these words were written we stood alone as the only truly representative democracy in the world. We were joined by France and eventually, through reform, the UK. But a century ago that was it. The list of those who had received our gift was small. We stood alone.

Just before this holiday something remarkable happened in Germany. Chancellor Merkel stood up and told her nation that despite her opposition to Marriage Equity she could not longer stand in the way of a vote on it. It was clearly the will of the people that this be settled. And so a vote was held in the Budestag and it passed easily – although Merkel herself voted against it, as her conscience demanded. 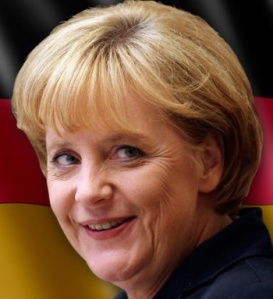 Yes, she is campaigning for re-election. But as Chancellor she knew that her duty was first and foremost to the people, not just to her beliefs. Representative democracy is not personal, but a matter of service. It is about doing what is right – by the people, for the people. Through that, and only through that, you are truly of the people.

This could not happen today in the land where freedom was born. Our politics is far too personal.

Where freedom, in the form of representative democracy, has spread across the globe as our gift to the world it has stagnated at home. We fear globalism despite the fact, so very obvious beyond our borders, that globalism is Americanism.

Those in favor of opening up the the world always paint a romantic picture of an ideal landscape, vivid in the bright colors of our ideals. Those against it paint a hellish landscape of demons rising from the depths of Hell.

Neither picture is correct. Globalism is a mirror, and nothing more. For better or worse, we see ourselves. That so many find the image frightening is not something to whine or shout of feverishly troll about – it is something we have to change.

We were, not so long ago, without any question the good guys. We entered World War II to liberate, and carefully rebuilt the vanquished in the image of our best angels afterwards. It shows now, all around the world.

A great statement of who we once were came to me recently. It came in the form of the very British television show about a universal crusader for all that is good, Doctor Who. This was the last great speech of Peter Capaldi as The Doctor: 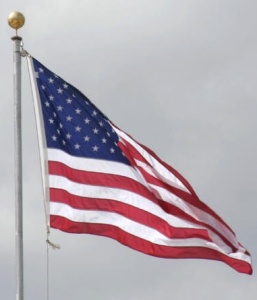 It’s all about us!

That wasn’t intended to be a statement of what it means to be American, but I assure you we were once a nation just like this. Now, we are obsessed with “winning”. We are obsessed with the banal, the personal, the smallest tear in the fabric of the world which we can rip asunder for our own gain.

Why does this Independence Day feel so thin compared to those recently passed? Because in our obsession to win, we have created losers. We are the losers, all of us.

And if we stood in the hallowed Independence Hall for just one minute to listen we might understand this. The words of Jefferson still echo there, yes. But that is not as important as the words of the millions around the entire world who repeat them every day – with much more care and meaning than we can today.