Our political system is under attack by a foreign nation.

Revelations that the Democratic National Committee (DNC) server was hacked by Russians known to be working for state intelligence is only the tip of the iceberg. Like the break-in at the Watergate offices of the DNC on 17 June 1972, it appears to be part of a coordinated effort to influence the election. Unlike Watergate, it is being run by Putin’s Russia – a vast “kleptocracy” of mafia known as the “Bratva” (brotherhood) that routinely conducts similar operations around the world. 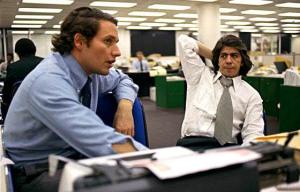 Bob Woodward and Carl Berstein, back in the day.

It is important to note that this story is far from complete. What we know so far is purely circumstantial, based on associations and patterns. We do know that the Washington Post, in particular, is pursuing the larger story of Russian influence on the election for the purpose of electing Donald Trump. It will be up to the Post to connect the dots, likely by “following the money” just as Woodward and Bernstein famously did over four decades ago.

Links are provided to in-depth articles on each topic for more information.

On 13 June Trump revoked the press credentials of the Washington Post, ostensibly over comments on the Pulse nightclub shooting in Orlando which he felt were unfair. The Post, however, had already started publishing detailed articles on Trump’s Russian connections a month before. The “war” between the two camps is almost certainly much deeper than an errant headline.

Look for this story to continue to develop, primarily from the Post. I will use non-Post references where I can to show that it is bigger than this one feud, however. 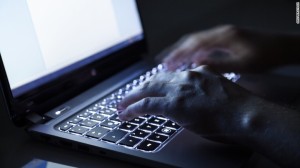 Email hacks are common, and most are traced to Russia.

The email hack which started this round of inquiry was quickly traced to APT28, a group that has conducted attacks on NATO and the German Social Democrats as well as the US government in the past. This is substantially different from the credit card hacks which have been traced directly to the Bratva in that there is no monetary reason to do them. They were done entirely for intelligence purposes and have been traced to the Russian security apparatus.

But why would Putin’s intelligence services help Trump? There are many connections linking Trump and his organization to questionable Russian investors and politicians with strong ties to the Bratva. The most open and close comes through the campaign manager, Paul Manafort, who joined the campaign in March and conducted a successful coup to take it over in June. 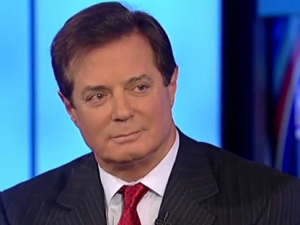 Manafort previously worked for a number of “oligarchs” who ran Ukraine as a kleptocracy, ending with Victor Yanukovich. He was the last pro-Russian President who fled to Russia for protection after the pro-democracy Maidan uprising, named for Kiev’s central square, turned violent. Yanukovich looted the nation shamelessly, bragging about it in diplomatic circles. He left behind a palace so heavily gilded it might make Trump blush.

Ukraine’s fight, so far, as been essentially a gang war between two mafia factions. Originally the turf of the established Moscow based Bratva, the 2014 uprising ultimately replaced them with nothing better than a home-grown mafia of Ukrainian oligarchs. The protesters who demanded democracy and freedom were left taking what they can, when they can. The subsequent invasion of Crimea and Donbass in eastern Ukraine by Putin has left the nation chaotic enough that criminals can still freely operate. It has achieved a partial victory for Putin and the Bratva in that sense even though it lost politically.

Manafort was fully employed by the Russian camp through this as a useful tool of the Bratva until the conflict became an open gang war supported by heavy armament and his services were not needed.

What makes you think he’s a bad boy?

This is not a small matter because Trump and his team have taken positions heavily favorable to Putin. The Republican Platform was scrubbed of support for freedom in Ukraine under mysterious circumstances. Trump, joined by Newt Gingrich, has also called for the US to abandon NATO – a position which would leave ex-Soviet republics such as the Baltic States utterly vulnerable to Putin’s desire to re-form the USSR. It is more than a radical departure from Republican positions in the past, it is an open door for Putin to reclaim territory he has openly desired.

Trump himself has deep ties to Russian based businessmen who have been associated with the Bratva on their own. Chief among them is Felix Sater of Bayrock Development Group, partner in Trump SoHo in 2008. His involvement, along with his past conviction for stock fraud, was revealed in deposition for a lawsuit over the value of the units sold – a rare lawsuit Trump chose to settle once revelations like this started to come out.

Trump has been cut off from US banks since the 1990s when his bankruptcies, high debt load, and tendency to litigate made him a liability. After a brief partnership with Deutsche Bank that ended in a lawsuit in 2003, Trump needed a source of money. Bayrock provided this for him in tranches described in the depositions over SoHo as “mysterious”. No one knew exactly where the money was coming from, but the sources were Russian and Kazakh.

Trump, under oath, said he did not recognize Felix Sater – even though they were in daily contact for over a year.

This was all we learned once the depositions stopped with the settlement in 2011. But it is clear that Trump’s source of money since 2000 has been Russian – and quite mysterious. We would likely learn more about this if Trump released his tax returns, but so far he has refused to.

There is little doubt that Paul Manafort came to Trump’s attention through his connections with these Russians. What we do not know is what else Trump has done for those who have been keeping his operation afloat for over a decade. 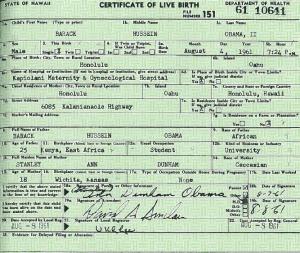 We first saw Trump’s famous “double down and deny” strategy after this was produced. Why did it continue?

For example, the entire “Birther” controversy, led by Trump, was mysterious at best. He never took a stand like this in public before, always keeping cordial relations with politicians of both parties. Was this rather bizarre and concerted effort part of the Russian version of “The Art of the Deal”?

Given that the Bratva and the Russian state are inseparable, joined together through the Bratva’s Chief Enforcer (but not Don) Putin, their interest have always reached beyond money to pure political influence. It has been documented that the rise of right-wing parties across Europe has been encouraged and funded by Russian agents as well. The effort to unsettle Western Democracies is well coordinated and funded.

This effort includes the international propaganda arm of the Russian government, RT (formerly Russia Today).  This multi-media outfit has had a strong influence on alt-media of both the extreme left and extreme right. The rise of conspiracy theories and stories involving corruption at high levels can generally be traced to RT. If you find yourself reading a story on an “alternative” website that seems a bit incredible, take a sentence from it and google it. You may well find that it originated on RT. This includes reports that the CIA created ISIS for nefarious reasons, started the Ukrainian Maidan movement, and is actively working to depose the Venezuelan government. There’s also some old fashioned anti-Semitism focusing on the Rothschild family for good measure along with more generic pro-Russian stories.

RT has been heavily pro-Trump since he started his candidacy. 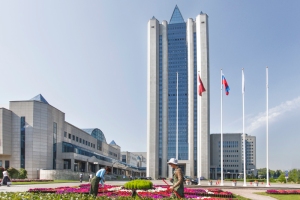 The headquarters of Gazprom, the state owned centerpiece of the Russian natural gas bonanza.

What motive might Putin have to favor Trump?  Certainly, having his own pliable tool in the White House has its own allure.  I happen to believe, however, that Putin has come to hate and possibly fear Hillary Clinton.  For all of the income from crime, the centerpiece of the Russian budget remains its sale of natural gas to Western Europe.  As sanctions over Ukraine started to bite, Secretary of State Clinton started taking the Russian bear by the throat.  It’s been reported that she “sold fracking to the world”, but in reality the State Department only sold fracking for natural gas to three countries – Poland, Bulgaria, and Romania.  They would create an alternative to Putin.

None of this, of course, proves that Putin has directly tried to influence our election or indeed that Trump is his tool. But the circumstances and patterns are alarming, and without any doubt the hacking of DNC email should alarm us all. It is, indeed, the modern equivalent of what started the Watergate controversy.

We do see consistent patterns, however, and these are being investigated very robustly by news organizations. We will hear much more about this before the election as the loose ends are tied up and the connections established more firmly.

In the meantime, there is considerable evidence that our political system is indeed under attack by a foreign nation. This is unprecedented, and greatly exceeds the potential danger that enraged the nation during the Nixon administration. It is not a partisan issue by any means. We must repel this attack and root out exactly who is responsible. Like Watergate, we have to trust the press to get to the bottom of it – and save our democracy.

24 thoughts on “Beyond Watergate”