America is under attack.

This is hardly a new revelation, but it should be substantially more obvious. Paul Manafort was charged with “conspiracy against the United States,” a charge which is easy to read too much into. Then again, it’s easy to take it far too lightly.

It’s not a conventional war with bombs bursting in air, so it’s very easy to deny that the attack has happened at all. Aren’t we all able to go on with our daily lives? And the answer is a simple “yes”. That’s why it is essential that we understand the nature of the attack and why it is happening, both of which are not very obvious. 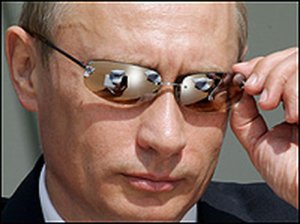 The source of all chaos.

The attacks on the US are not coming from Islam at this moment. Yes, there are periodic attacks by individuals which inflict a lot of damage on us, but they are far from coordinated. Their threat is obvious and something which has captured everyone’s attention well.

In a free society, the problems of greatest concern are those which are not being discussed or analyzed in a coherent manner.

The attacks by Putin are much more vast and causing much more damage. Like any autocrat, Putin knows that anything which does not disrupt the daily activities of the population is not considered an immediate threat. But it is a threat all the same, and it is being well documented in many sites which are worth reading in detail.

The PBS show Frontline has a series called “Putin’s Revenge” which is especially worth watching. The second part will be up after the evening of 1 November. It is very much worth the two hours of your life if you are concerned about America and the future of Democracy.

The short version is this: 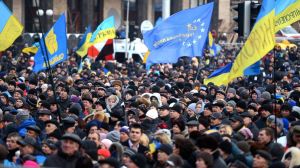 Putin honestly believes that Russia has been humiliated over the last 30 years. It has also been under sustained attack, requiring a response in kind. More importantly, as the autocrat in complete control over Russia he is personally threatened and his own life is in jeopardy.

Having no experience in an open, democratic society Putin sincerely believes that demonstrations do not occur naturally in the population. Someone has to get people out into the streets, and that someone is often the US – organized by the CIA and other intelligence operatives. This belief is reflected in standard Russian propaganda, especially regarding Ukraine.

This means that all pro-Democracy demonstrations, like those which toppled pro-Russian regimes in the former Soviet Union and took out Ghadafi in Libya, are acts of aggression. Putin himself could become the victim of such an action if he is not careful. 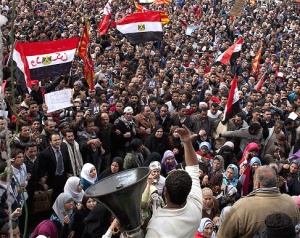 Egypt has a lot to figure out

Striking back at the US using the same methods that organizers use, primarily social media, is simply engaging the enemy on the battlefield. The primary weapon is propaganda – a consistent message pushed by any means necessary through a population which are essentially sheep waiting to be led.

Where control is not possible, chaos is a valid secondary option. The existing regime has to be pulled down before a new one can be installed, but chaos can be a victory in itself if it makes it impossible for the enemy to continue attacking.

Beyond social media, key leaders can be found as dupes or simple bought. The price for Paul Manafort was $75 million, so we can only guess what the price was for Trump. But other agents exist throughout the media in the US, often unaware that they are ultimately doing work for an enemy of the US. 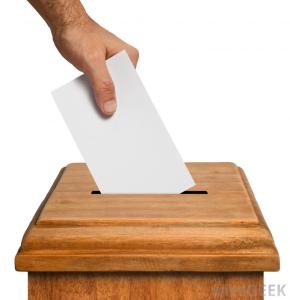 This might sound terribly alarmist, and it is. But consider for a moment what makes a free society like the United States. Democracy? It’s easily captured and corrupted. Free speech and a truly open society is far more important. Then again, an open society doesn’t function properly if all of the information it has is false, a series of lies constructed to make people believe and ultimately act in counter-productive ways.

Our main defense has to be truth. That means that anyone telling obvious lies is an enemy of America.

The list of people engaging in “culture wars” and deliberately creating division for the benefits of their own careers is very long. Most of them do indeed lie, or at least exaggerate dramatically. When those lies can be traced back to foreign agents, as many can, these people in positions of some power can be identified as enemies of America – or at least everything important to us.

Is this extreme? Yes. Does it lead to a witch hunt? It might. But we have to think about things this way and we have to understand the mind of the enemy who is attacking us. Putin has many reasons to attack us and all of them go against everything we believe in. Let’s start with that.

5 thoughts on “America Under Attack”