Left or right? Democratic or Republican? Progressive or Conservative? These are the choices we supposedly make as we consider our political philosophy – our outlook on the nation and how we vote. It’s one end or the other, with a fair amount of room in the middle for those who see room for both.

But that doesn’t seem to be what divides us politically anymore. The sharpest division seems to run between something like optimism and pessimism, either staying the course with a few tweaks or smashing the system to give room for something totally new to come along. Yet even that doesn’t seem to describe it. 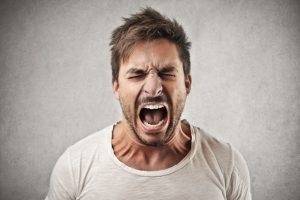 The division in our politics seems to me to run more precisely along the lines of facts versus feelings. That’s a terribly harsh thing to say and it doesn’t come easily. How we feel about life is extremely important – whatever social, political, or economic arrangement we have should make us happy and we should have reason to be hopeful for the future.

“The only thing we have to fear is fear itself,” after all.

Yet for many people, what’s going down doesn’t lift us up. We can show you as many charts and graphs, as Barataria often does, and it may not matter much at all – many people still feel lousy and expect to feel worse. But why?

The Republican Convention was probably the most clear example of feelings over facts – and, for those of us who strive to be as fact-based as possible, Newt Gingrich actually said as much. Here is John Oliver’s take on the triumph of feelings over facts. It’s worth the eleven and a half minutes:

The feelings that they evoked, of course, were very dark. America is in a bad way, they told us,  and it’s critical that we make America great again. The Democratic response wasn’t all that much more fact-centered, to be honest. Their main counter was that sure, there’s a lot to be done but we’re better together. 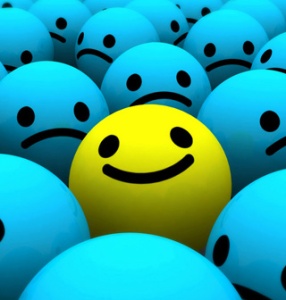 Optimism starts out small. There’s room to grow it.

No one laid out the case for raw optimism the way Barataria does.

This makes sense given that people vote with their guts. Both sides are trying to make this election a referendum on how you feel about the other candidate – and both are horribly unpopular. The lesson, however, is primarily about how you feel. Facts? They’re useful only to the extent that they confirm your feelings.

So let’s see if we can gather up some facts about how people feel.

Gallup has been taking a poll on how people feel about the direction of the nation since 1979. The chart below shows the percentage who feel we are going in the right direction. It hasn’t been over 50% since about the time we started the Iraq War:

The Gallup Poll on the direction of the nation.

This is clearly about a lot more than the state of the economy. We can confine it to plain economics by asking a slightly different question – “Would you say that you and your family are better off or worse off financially than you were a year ago?” For a solid fifty years the University of Michigan has been asking this question. The results are normalized to 100 representing their results in 1966. Here it is since 2000: 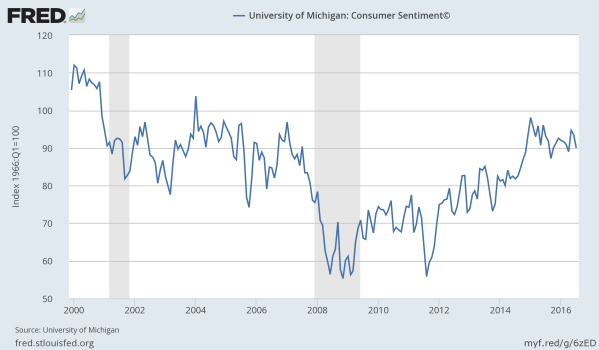 The University of Michigan Consumer Sentiment Poll, since 2000. Chart from the St Louis Federal Reserve.

One feature stands out in both of these charts. Things appeared to be looking up in January 2015, but they turned back down again. This trend is also shown in the Rassmussen “Right Track / Wrong Track” poll which recently bounced as high as 31% saying we’re on the right track – a level not seen for a year.

What happened over the last year?

A cynic would say that the ramp-up of the election and accompanying propaganda trash-talking our economy to scare people into voting Republican is the difference. So color me about half cynical. It certainly doesn’t help having people running around with a vested interest in making everything sound as terrible as possible when you’re looking for a pick-me-up.

But there has to be more to it. It’s worth also watching this excellent interview by Fareed Zakaria with JD Vance, author of “Hillbilly Elegy”. He explains the role of Scotch-Irish people, primarily in Appalachia, who feel they have been left behind. This unique culture has in the past dominated US culture, and indeed remnants of it still do. But don’t call them “privileged”. They’ve also risen up against big-power corruption in the past, giving us another great demagogue named Andrew Jackson.

In many ways, the “revolution” we see brewing is really 200 years old – and more.

So why is it that with 14 million new jobs in six years, wages finally going up, the deficit down a trillion bucks a year, violent crime down, and the trade deficit closing to less than 2% of GDP people still feel lousy? Why don’t these facts over-ride bad feelings? Many things come to mind:

Voters want direction, but may not care which one. New times call for new leaders.

Wait, what’s that last one? Yes, for all the optimism I have, I must admit that the lack of solid leadership on a clear path forward makes even me believe that we could still screw this up. It’s something like watching your favorite team pull ahead early so that you can either sit back and enjoy the game or sit on the edge of your seat wondering how they might manage to blow this one, too.

Yeah, I’m a Dolphins fan. What about it?

Is there reason for optimism? Sure. The trends look really great, after all. We have every reason to believe they will continue – except for the obvious fact that we don’t have the leadership necessary to re-make our systems ready for the new economy that is gradually forming around us. That makes the future scary, because people always fear potential loss more than they hope for potential gain.

And so the divide in our nation becomes facts versus feelings. It’s a horrible gap that will probably hurt us more than anything. It’s what we have to overcome more than anything else this election year and beyond because if everyone predicts failure we can be sure that it’s definitely going to come true.

14 thoughts on “Facts or Feelings?”